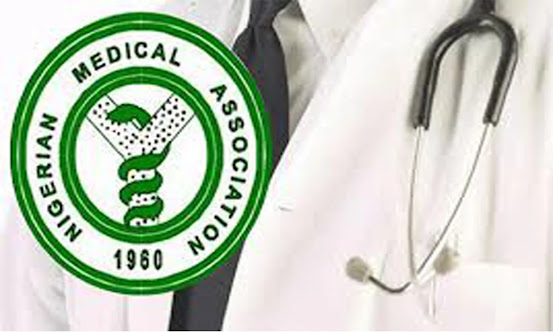 A call for the federal government to as a matter of urgency declare a state of emergency in the health sector for the sake of Nigerian citizens has been made by the Taraba State chapter of the Nigerian Medical Association (NMA).

The state chairman, Dr Bako Ali, made the call on Monday, in Jalingo, the state capital during an interactive session with media practitioners in preparation for 2022 Physician Week.

Lamenting the ratio of doctors to patients in the state, which he put at one doctor to 10,000 patients, he warned that relevant actions should be taken to address the situation.

He expressed sadness at the alleged lukewarm attitude of the state to start the implementation of CONMESS for doctors on the state payroll.

The NMA scribe who enumerated some of the challenges confronting the association, especially in the state, said the government is yet to start payment of hazard allowance for doctors practising in Taraba State.

He said the doctors are now moving to federal hospitals while those in the federal service are moving abroad over poor remuneration and condition of service.

Apart from Wukari, Gembu and Bambur General hospitals, which he said are receiving attention from the present administration, the reverse is the case with other state-owned hospitals scattered across the length and breadth of the state, he said.

The National President of the Association, Dr. Uche Ojinmah on his part said Nigerian doctors are poorly paid.

”Apart from being overworked, they lack the necessary work tools and have now become targets of kidnappers”.

Ojinmah called on the government to immediately fashion out ways to review the CONMESS salary structure.

He said, “let me inform you that the ball is now in the court of the government but let no one take our civility for weakness as we shall do all within limits of legality to protect the interest of doctors.”

Describing the mass exodus of doctors as a universal problem, he said Nigerian doctors constitute the highest number of medical personnel working in the United Kingdom (UK) and Pakistan.

The NMA President called on the government to quickly declare an emergency in Nigeria’s health sector.