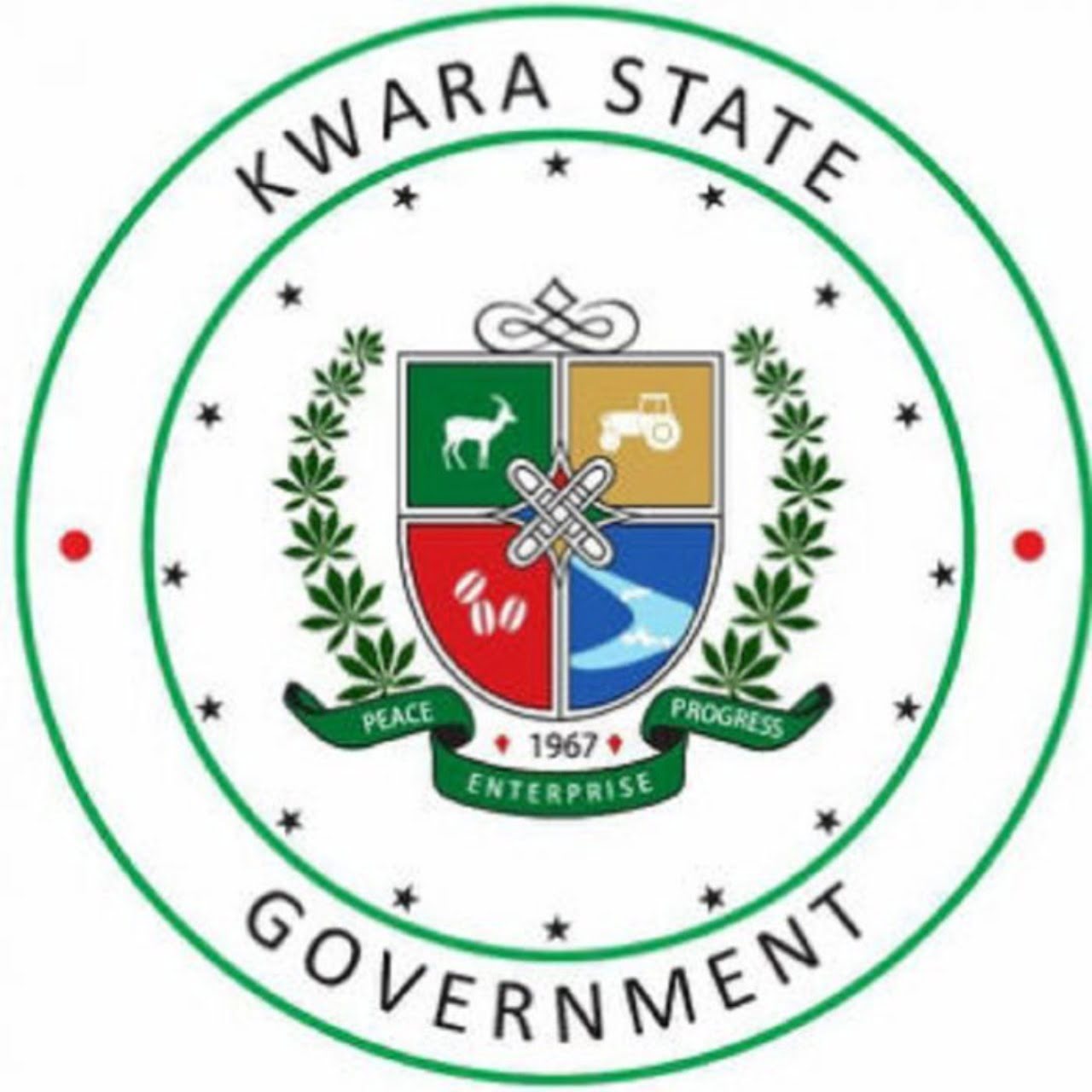 There is disquiet in the Kwara State ministries of Justice and Energy over the arrest and release of the contractor of Best Energy International Services Ltd, Abdulrasaq Abass, who was awarded a multi-million naira contract by the state government for the supply of 35 transformers.

The runaway contractor was picked up in Abuja by operatives of the Kwara State Police Command and brought to Ilorin on the directive of the state Ministry of Justice.

Sources in the Ministry of Justice said, “sometime in July, 2022, Governor Abdulrahaman Abdulrazaq directed the ministry to prosecute the contractor.”

On the strength of the governor’s directive, the Ministry of Justice swung into action and wrote a letter to the state Police Commissioner, directing him to effect the contractor’s arrest.

“The police demanded provision of logistics, which was honoured by the Ministry.” 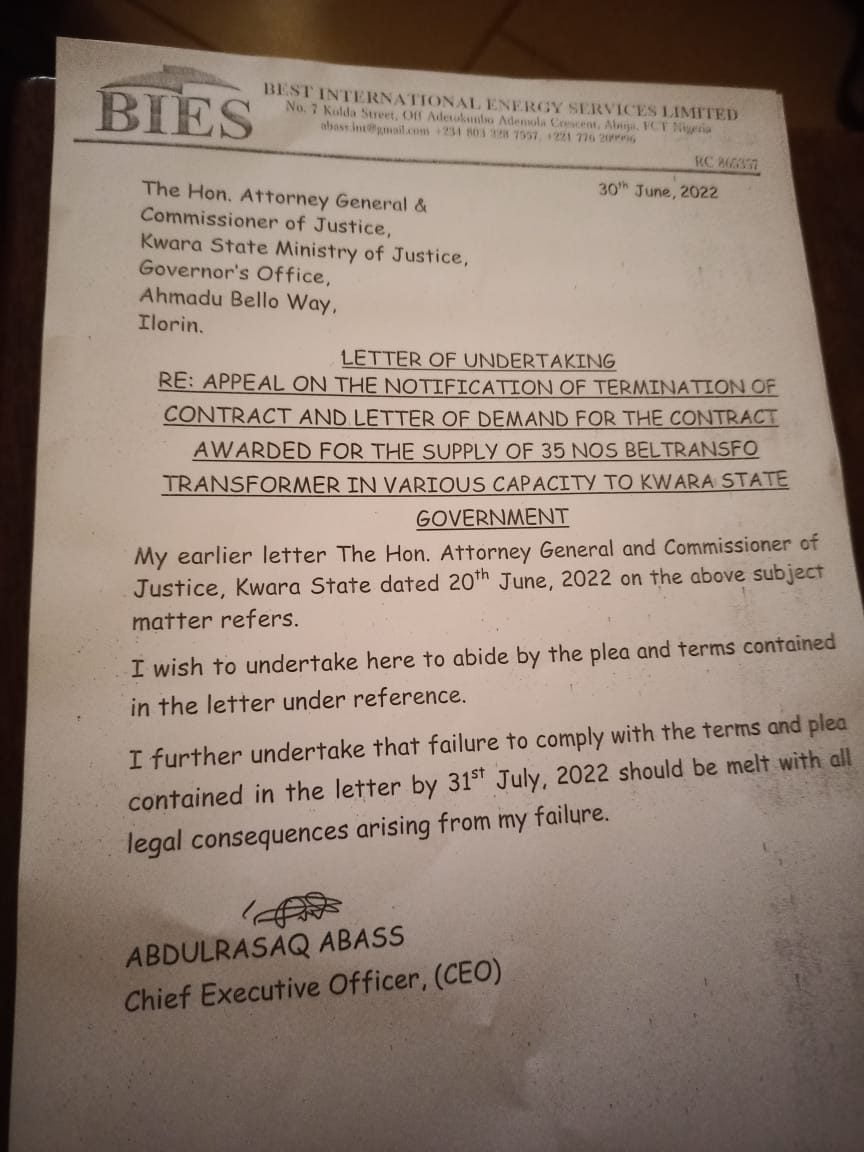 Our correspondent gathered that the police left for Abuja on a Thursday, and by Sunday night, the contractor was arrested and brought to Ilorin.

However, in a sudden twist of development, the Ministry of Justice was preparing to charge the contractor to court on the following Monday, when suddenly “another order from above got to us in the Ministry that we should allow him to go and not prosecute him again.”

The Ministry then directed the Commissioner of Police to allow him to enter an undertaking to supply the 35 transformers as contained in the contract agreement by the end of July; hence, he was released on that promise.

DAILY POST learnt that at the beginning of September 2022, the follow-up by the Ministry with the Police Commissioner on the fulfilment of the undertaking signed by the contractor indicated that he was in Dubai, United Arab Emirates, UAE, for the procurement of the transformers.

Sources in the Ministry said the contractor, however, complained that the price had doubled the original amount quoted.

The Ministry then told, “the contractor to proceed with the procurement assuring him that he would be reimbursed for the excess increase in the original contract sum.”

In another dramatic turn of events, at the end of September, “Abass, the contractor, wrote a letter, personally signed by him to the Attorney General and Commissioner for Justice in the Ministry of Justice saying he could no longer supply the transformers and he should be allowed to pay back the mobilisation fee instalmentally.”

The contractor’s matter also led to the redeployment of a senior officer in the Ministry of Justice to another agency under the ministry.

According to the contract agreement dated 2nd June 2021 and signed by the Ministry of Energy, the contractor was expected to deliver the transformers within three weeks from the date the agreement was signed.

The procurement law stipulates that a bank guarantee is required from a contractor after the threshold of a contract is reached.

Before the aforementioned threshold, a performance Insurance Bond is also required before a contractor could be awarded a contract of lower value than is required for a bank guarantee.

Findings indicated that two requirements, if adhered to, would have allowed the state government to recover the mobilisation fee from the contractor.

The state Peoples Democratic Party, PDP, had, in its reaction, called on the Economic and Financial Crimes Commission, EFCC, and other anti-graft agencies to investigate the controversial contract agreement for alleged breach of due process.

Saga Gist recalls that a social justice and anti-graft group, Elites Network For Sustainable Development, EnetSuD, had petitioned and raised questions about the contract yet to be executed more than 16 months after the contractor had been mobilised with the sum of N138m, about 70 percent of the total value of the contract to prosecute the contract for the supply of 35 units of Beltransfo transformers via direct procurement.

The contract was awarded through the state Ministry of Energy on May 24, 2021.

A total sum of N197.5m was approved for the contract by Governor Abdulrahaman Abdulrazaq in May 2021 for the procurement of the 35 transformers.