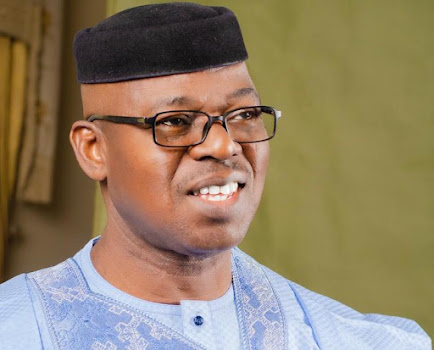 There was a mild drama at the sitting of the Election Petition Tribunal hearing the dispute arising from the June 18 Ekiti governorship election on Thursday when the former Governor, Chief Segun Oni entered the witness box.

Oni, who is the 1st Petitioner and candidate of the Social Democratic Party (SDP), the 2nd Petitioner brought electoral documents before the Tribunal seeking to tender them as exhibits.

The 1st Petitioner, who had earlier been led in examination-in-chief by his lead counsel, Mr Obafemi Adewale (SAN), claimed that he was denied access to electoral materials in the custody of the 4th Respondent, the Independent National Electoral Commission (INEC) when he applied to inspect them.

Although Oni had earlier told the Panel that he “didn’t get the most important ones like Bimodal Voter Authentication System (BVAS) Machine, used and unused ballot papers,” he later told the Tribunal that “I got some today.”

They told the Panel that they would reserve the reasons for their objection to the address stage.

It was at this stage, just a few minutes past noon that the Tribunal stood its sitting down till 2.30pm for Oni’s cross-examination to commence in earnest.

But drama ensued when the three-member Panel resumed sitting later at about 3.47pm.

This sparked a heated argument among lawyers to the Petitioners and Respondents as they disagreed on who was at fault.

He said: “What was brought was more than the polling units and the judgment will be based on polling units. We want to allow them to look at it very well; even though it is your document, we want it to be a document per polling unit.

“We can’t proceed here because there is a stalemate. For now, we don’t know what is for each unit and it is incumbent upon you to confirm it.”

Adewale accused INEC of blocking his client’s access to inspect the documents in good time in defiance of the order of the Tribunal saying “we have brought what INEC gave us.”

Fagbemi argued that Oni had tendered the documents and had concluded his examination-in-chief by his counsel and should be ready for cross-examination by counsel to the Respondents.

The same line of argument was canvassed by counsel to APC, Olujinmi and counsel to Buni, Soje.

Counsel to INEC, Edosomwan contended that his client and the other Respondents cannot do the Petitioners’ case for them, adding that the judges “cannot descend into the arena.”

It was at this stage that the Panel again stood down the hearing at about 4.20pm to allow for proper marking of the materials brought by Oni.