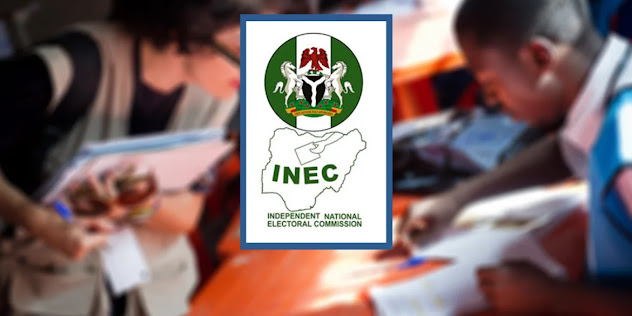 The Independent National Electoral Commission (INEC) has told the Election Petition Tribunal that the June 18, 2022 governorship election it conducted in Ekiti State was free, fair, credible and in line with global best practices.

The Resident Electoral Commissioner (REC), Dr. Adeniran Tella, averred that the Commission’s officials who officiated in the election complied with the provisions of the Electoral Act and Election Guidelines in the conduct of the poll.

Tella, who was represented by the Deputy Director and Head of Operations, Ekiti INEC Office, Mr. Temitope Oluwaseun Aina, also said the Commission was not aware of any incident of vote buying as alleged by the Petitioners and there was no inflation of figures in any of the units where the election was conducted.

The INEC chief who was summoned by subpoena to give evidence at the Tribunal while under cross-examination by counsel to Respondents further affirmed that the total number of votes cast and collated by the electoral agency at the Ekiti governorship poll corresponded with the number of voters accredited.

The witness said the Bimodal Voters Authentication System (BVAS) Machines used to accredit voters functioned well and perfectly and were not in any way compromised during the conduct of the Ekiti governorship election adding that there was no manual collation and indiscriminate recording at any of the polling units.

Chief Segun Oni, who lost the governorship election and his party, the Social Democratic Party (SDP), who are the 1st and 2nd Petitioners in the case, are before the Tribunal challenging the result declared by INEC which returned Mr. Biodun Oyebanji, the governorship candidate of the All Progressives Congress (APC) as the winner of the election.

The Ekiti INEC boss who was earlier led in examination-in-chief by counsel to the Petitioners, Mr. Owoseni Ajayi, also brought before the Tribunal electoral documents and materials needed to give evidence, saying he didn’t bring the BVAS Machine, used and unused ballot papers because they were not part of what he was directed to bring by subpoena.

The witness explained that documents and materials requested by the Petitioners were not given to them on time because they didn’t pay the prescribed fees revealing that the documents and materials were only made available to them after they had paid the fees on 8th September 2022 hence the issuance of Exhibits A13, A14, A15 and A16 hence INEC was not liable for the alleged delay.

He also dismissed the allegations of the Petitioners that they were not allowed to inspect the electoral materials maintaining that the Commission allowed the inspection of the materials.

Some of the documents brought to the Tribunal by the witness included Forms EC8D, EC8E, EC8C for all Local Government Areas, EC8B for all the 177 Registration Areas, list of Local Government Areas and Registration Areas Collation Officers, a letter from the law firm of Owoseni Ajayi and Associates, Directory of Polling Units, BVAS Report on Accredited Voters in Ekiti State and Permanent Voter Cards (PVCs) collected polling unit-by-polling unit.

Others were APC letter on submission of INEC Forms, EC9 and Issuance of Certified True Copies (CTCs) of documents to Owoseni Ajayi and Associates by INEC, list of elected members of APC National Working Committee and National Executives, Serial Numbers of Ballot Papers as released to Electoral Officers and the list of Ad Hoc Staff as deployed for the election.

At this stage, counsel to the Petitioners, Ajayi said that would be all from him in leading the witness in evidence paving the way for counsel to 1st and 5th Respondents to cross-examine the witness and the first question the witness was asked was for how long he had been working for the electoral agency to which he answered: thirty (30) years.

But Ajayi after he was through with the witness, came back to seek to tender the electoral materials the witness brought to court but he was opposed by all counsel to the Respondents.

Fagbemi noted that Ajayi had exhausted the 20 minutes he had to lead the witness in evidence and was graciously given extra 7 minutes by the Tribunal maintaining that the Petitioners’ counsel could not come back again after the cross-examination had started.

Fagbemi wondered why Ajayi instead of going into the main issues in his examination-in-chief, chose to delve into other things until the window of time given to him closed. Ajayi replied that he wanted to tender the materials after his time had closed “in the interest of justice.”

But Fagbemi replied saying, “I submit that justice is not a one-way traffic; it is three-way traffic: to the defence, the petitioners and members of the public who are watching. The concept of justice has no sentimental qualification. I submit that he cannot ask a fresh question or seek to tender any document after finishing his examination-in-chief.”

Ajayi in his response urged the Tribunal to tender the documents from the Bar pleading that he should be given the opportunity while also admitting that cross-examination by the Respondents had started.

But the Tribunal Chairman, Justice Wilfred Kpochi, in a short ruling, rejected Ajayi’s oral application holding that he (Ajayi) had concluded his examination-in-chief and the proceeding would not be allowed to go back and forth.

The Tribunal ruled that the proceeding would not be allowed to go back to examination-in-chief noting that the only available window was during re-examination holding that “if we do otherwise, it will amount to overindulgence and we do not want to be seen as biased.”

The Tribunal further held that the application of the Petitioners through Ajayi amount to “proceeding on reverse gear and it is hereby refused.” The ruling paved the way for counsel to other Respondents to cross-examine the witness.

Under further cross-examination by Fagbemi, the witness told the court that from the records available at INEC, the Deputy Governor-elect, Mrs. Afuye has a school certificate which is the minimum qualification to run for the office.

The witness under cross-examination by Adewumi affirmed that the Ekiti governorship poll conducted by INEC on 18th June was free and fair and won by Oyebanji while the 1st Petitioner (Oni) did not win any local government.

Under cross-examination by Aruwa, the witness acknowledged the fact that a candidate must have emerged from a valid primary monitored by INEC and that it was true that the APC conducted a primary election where Oyebanji emerged winner and the shadow poll was monitored by INEC.

The witness further admitted that as a result of the primary election monitored by INEC, Oyebanji’s name was forwarded to the Commission as the governorship candidate of the APC.

The witness further told the court that he was not a card-carrying member of any of the political parties and the result declared at the end of voting was the true reflection of the will of the electorate.

The witness was admitted into the witness box at 9.50am and was discharged at 11.54am.

He explained that on the subpoena served on him, there was nowhere the BVAS machine was mentioned and used and unused ballot papers were not mentioned.

But Ajayi later made an oral application that the Certified True Copies of INEC documents can be tendered at the Bar but all the Respondents’ lawyers objected.

The Tribunal adjourned sitting till 3pm to have the Exhibits marked and deliver a ruling on the pending application by Petitioners’ counsel.