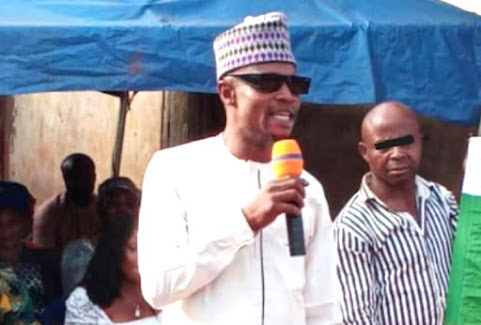 All Progressives Congress (APC) chieftain in Enugu, Ejike Eze has condemned the murder of a youth leader, Lucky Idoko.

Idoko was on Saturday trailed and shot in his hometown, Unadu community in Igbo-Eze South Local Government Area.

A statement by Eze, APC Senatorial Candidate for Enugu North, said Idoko’s death was a blow to the party.

“This act is condemnable in its entirety. Nothing can ever justify this cowardly and brutal behaviour.

“I am yet to recover from the psychological shock of gruesome murder of Idoko on Saturday,” he noted.

The flagbearer said those who cut their brothers in their prime would meet a similar fate soon.

He charged security agencies to ensure that perpetrators of the crime are arrested and prosecuted.

“May the merciful God that we serve grant Idoko eternal rest”, the statement added.

The spokesperson announced that the command had launched an investigation and will keep the public informed.