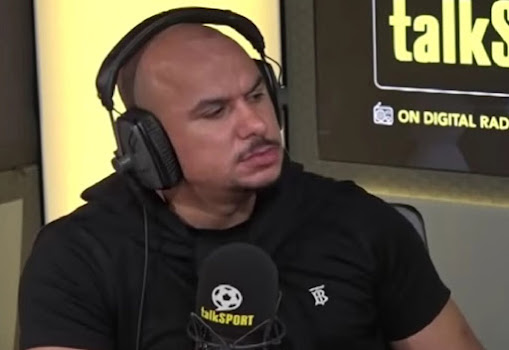 Former Aston Villa striker, Gabby Agbonlahor, has mocked Leicester City manager, Brendan Rodgers, over his comments about playing their game against Crystal Palace on Saturday in the heat.

Leicester City are finding life very difficult and are joint-bottom of the league table, picking up just one win in 10 games so far.

After their latest result, being a 0-0 draw with Palace on Saturday lunchtime, the manager mentioned the weather as a factor in his team’s result.

Agbonlahor said, “When did Leicester become Costa del Leicester? Come on! It was 16 degrees – that’s not hot!

“That shows when managers are feeling the pressure, when they start talking about the weather. What does he do in August in the first two games of the season when it’s a scorcher?”

“It was an absolute shocker. I’ve just looked at the weather reports and it’s a scorching 13 degrees today, with a 70 per cent chance of rain. They’re sunbathing on the rooftops in Leicester!” He added.

“How will they cope? Tomorrow they’re going to be coming in with burns on the back of their necks from the sun today…

“Come on, Brendan, come on! There’s excuses, but come on, that’s going to go down as one of the worst excuses you’ll ever hear.”

Brendan Rodgers’ sack has been widely predicted by both fans and pundits following a very poor start to the season that has seen the Foxes unable to win a single match.