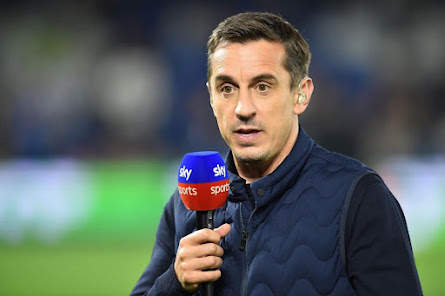 Manchester United legend, Gary Neville has described Lisandro Martinez’s performance in their 1-0 victory over West Ham in the Premier League on Sunday as ‘absolutely fantastic’.

Marcus Rashford’s second half strike, being the England international’s 100th goal for the Red Devils, separated both sides.

United dominated the game but fought hard in the last minutes to secure their three points.

Neville was particularly delighted by Martinez’s performance, telling Sky Sports, “They all contributed out there. They’re all going to De Gea but Dalot, Martinez, Maguire and De Gea in that last 15-20 minutes were outstanding.

“It wasn’t a good performance from Manchester United in terms of football, but in terms of spirit, hanging in there and defending their box, they’ve done that really well.

“Lisandro Martinez was absolutely fantastic for large parts of that game.”