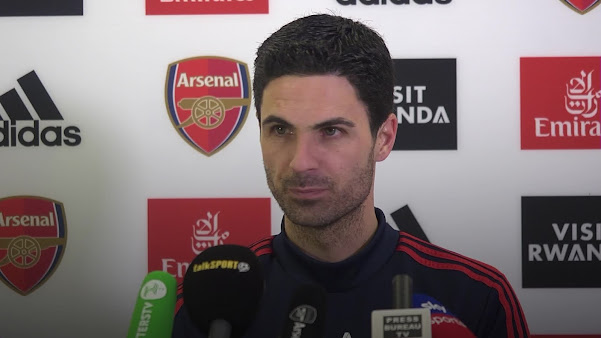 Arsenal manager, Mikel Arteta, has told his players that fear is their “worst enemy” in the title race.

The Gunners welcome Liverpool in the Premier League on Sunday and can virtually knock the Reds out of the title race by opening a 14-point gap if they win.

Arteta’s team is looking to claim only their second win in 20 meetings, penalty shoot-outs excepted.

The Spaniard said: “To win those matches you really need to believe that you can compete against those teams.

“If you don’t have that component then you have fear – and fear is the worst enemy, especially against the top teams because this is what they use a lot of the time just to win football matches.

“You cannot go with any of that into Sunday’s game, the same as we when we played Spurs (in last Saturday’s 3-1 win).”