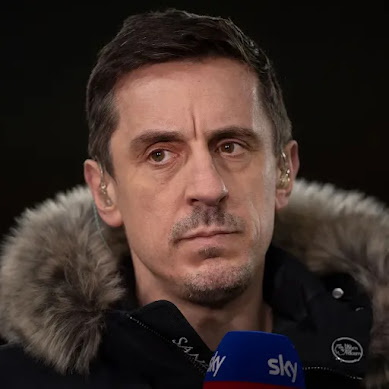 Neville said that the likes of Christian Eriksen, Bruno Fernandes, Scott McTominay and Marcus Rashford all gave the ball easily to their opponent in the first half.

Speaking on The Gary Neville podcast after the match, Neville said: “I don’t think if you come in off this game you’re analysing Manchester United’s performance you should be saying ‘why was not Casemiro starting alongside McTominay – that is a really big mistake from Erik ten Hag’, I don’t feel that at all sat here.

“I feel the players he put out on that pitch have been confident together and I know there has been the disruption of the international and the Queen passing – which is not helpful when the team are on a good run but all the teams have had to cope with that.

“It was the unforced errors, anxiety on the ball, lack of composure. I am not talking about players in defensive positions who are being pressed, I am talking about the midfield players and the forwards; Rashford, Eriksen, Fernandes, McTominay – I could name more – they were all giving it away in the first-half unnecessarily.

“It just brings further negative vibes throughout the team when your best players aren’t keeping the ball well, they should’ve been better, forcing it far too early.

“It was almost like when they got it ‘we have got a counter-attack, we’ve got to put it behind City’ but to do that, you’ve got to play those two or three passes through midfield to set it up. You can’t just think you can play one pass, knock it over the top – even if they’re not City’s best centre-backs – they read that, it became really simple for City’s defenders to cope with it.”