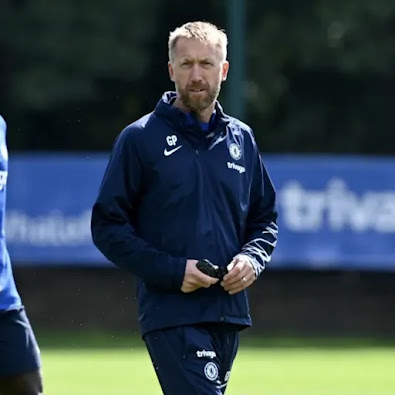 Former Chelsea star, Frank Leboeuf, has insisted that signing forward Cristiano Ronaldo from Manchester United would have been a ‘good idea’ in the summer transfer window for manager Graham Potter’s side.

Chelsea was heavily linked with Ronaldo during the summer transfer window.

Chelsea co-owner Todd Boehly had agreed to sign Ronaldo but the move did not fall through because of then-coach Thomas Tuchel’s disapproval.

“I think Chelsea signing Cristiano Ronaldo would’ve been a good idea in the summer when Todd Boehly was suggesting they were interested. But I am certain that Tuchel would have been against the idea because of how it turned out when he was dealing with [Kylian] Mbappe and Neymar as megastars at PSG and he would not have wanted to relive that experience,” Leboeuf told Fair Betting Sites.

“I really thought Ronaldo could have been a good signing for the club commercially because clearly, Ronaldo is worldwide in terms of his marketability, but in terms of on a football level, I am not so sure.”