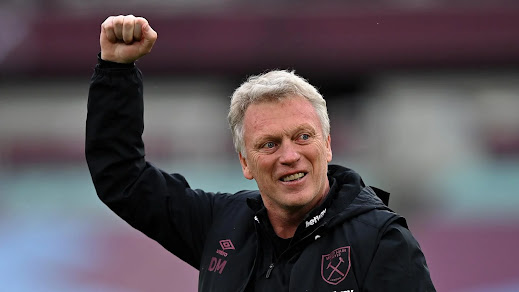 West Ham manager, David Moyes has described Arsenal boss, Mikel Arteta as a diligent boy, adding that he is not surprised to see the Gunners making an early Premier League title challenge.

Arsenal returns to the top of the Premier League table on Sunday with a 3-2 win over last season’s runners-up Liverpool at the Emirates Stadium.

The Gunners have played nine Premier League matches this season, winning eight and were only defeated by Manchester United on September 4.

Moyes said he has always believed in Arteta even when some were questioning his credentials as a Gunners boss.

“It doesn’t surprise me,” Moyes told talkSPORT when asked about Arsenal’s title-winning form.

“I used to listen to pundits criticising Arsenal but they have been a really good team for a while and nobody was giving them respect.

‘He’s a really diligent boy and a young manager learning his way. He’ll make a few mistakes, but I did too and everybody does when you are in management in the early years.”