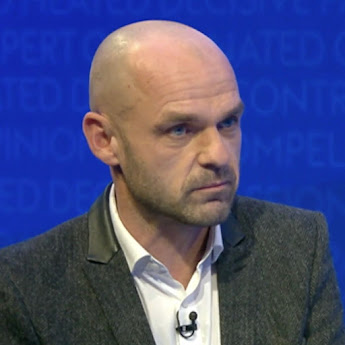 Former Premier League star Danny Murphy has told Manchester United that there is no need to keep Cristiano Ronaldo at the club.

He said that manager Erik ten Hag was wrong to have even kept Ronaldo at the club last summer.

The former Liverpool midfielder said the Portugal international could only become a distraction for the squad.

Ronaldo was left on the bench for 90 minutes in Manchester United’s 6-3 defeat to Manchester City last weekend.

He, however, returned to the starting lineup in their Europa League clash against Omonia Nicosia, helping the team to win 3-2 in Cyprus.

“By having him stay merely to sit on the bench or feature in the Europa League, it’s akin to having your cake and eating it. It cannot be a harmonious atmosphere when Ronaldo is in the line of substitutes,” Murphy told the Daily Mail.

“Those pictures of him and Casemiro sitting together against Manchester City, shaking their heads in disbelief, give off the worst impression for the club.

“I’m not saying Ronaldo has thrown his toys out of the pram, but his mere presence as a sidelined player cannot be good for the group.

“When the January transfer window opens there is no point in keeping Ronaldo because the existing issues are only going to get worse. He won’t be a mainstay in Ten Hag’s team, and the longer he is left hanging around, unhappy, the more problematic it will be for everyone.

“A senior player can provoke little moments in a squad if they are moody or edgy. It gets to the stage where it is a relief to the other lads when they’ve gone.

“The focus is always on Ronaldo. The cameras are trained on him in every game, seeing what his reaction is like. It brings heat to the whole situation. It puts added pressure on Marcus Rashford and Anthony Martial when they play ahead of a multiple Ballon d’or winner.

“Ronaldo scored 23 goals in a struggling team last season. At 37, he wants to play. I feel frustrated on his behalf. He has every right to be angry.”