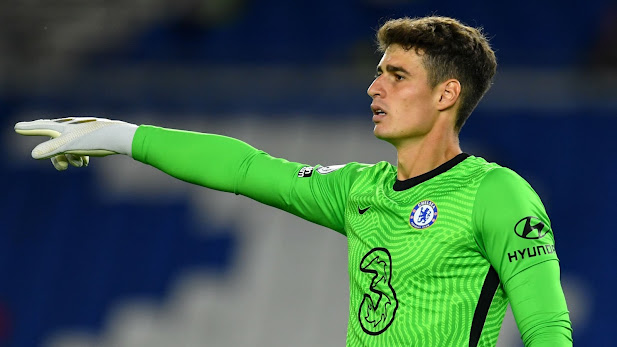 Chelsea goalkeeper, Kepa Arrizabalaga, has commented on the changes at Chelsea under new manager Graham Potter.

Kepa has been Chelsea’s first-choice goalkeeper since Potter replaced Thomas Tuchel a few weeks ago.

The Spaniard had only appeared once under Tuchel this season, his final game in charge against Dinamo Zagreb in the Champions League, after losing his place as Chelsea’s number-one following Edouard Mendy’s arrival under Frank Lampard back in 2020.

However, Kepa has had a change of fortunes under Potter and has played in every game since the manager’s arrival at Stamford Bridge.

Speaking ahead of Chelsea’s away Premier League tie with Brighton on Saturday, Kepa revealed the difficulties he had to experience while watching Mendy and his teammates play week in, week out.

“It’s like life. When I came here, I played all the games in the first two years – nearly 100 games in two years. Then for 18 months/two years, I played less,” Kepa told Sky Sports.

“I started playing in the last games of Thomas, but when he [Graham Potter] came in, I kept playing. I was waiting for this chance because I was working for a long time to get this opportunity to step in and show what I had inside. I’m really happy because it shows confidence and how I’m feeling on the pitch with and without the ball. I think it is really positive for the team and for me.”