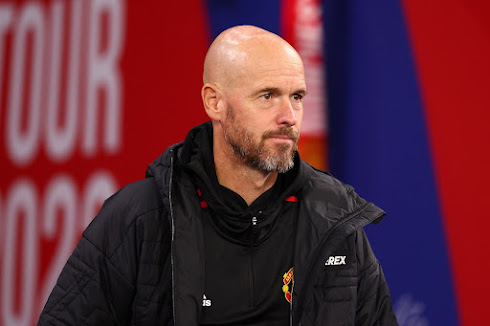 Ronaldo was dropped to the bench for the game at Old Trafford with the Red Devils overpowering Spurs 2-0.

Ten Hag had preference for Marcus Rashford over the 37-year-old up front, despite that Ronaldo scored a hat-trick against Antonio Conte’s men last season.

It came as a surprise to see the Portuguese benched but Erik ten Hag insisted it was the right call.

“We are building for the future, but the future is tonight,” the United boss told Amazon.

“You pick the line-up that you think has the most chance to win, and you have a game plan. Cristiano [Ronaldo] is an important player and he can make the goal.

“This is a good Tottenham team, a compact, a transition team with high intensity and I think this is the best way to start like this. You get more runs behind, more dynamic up front.”

Cristiano Ronaldo has scored 14 goals in 20 games against Tottenham.