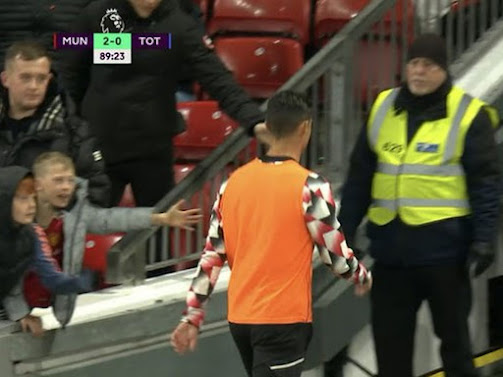 Ronaldo left the substitutes’ bench and disappeared down the tunnel with a few minutes left towards the end of the match.

Fred and Bruno Fernandes had scored in the second half to hand United all three points, in what was a totally dominant performance.

Henry, speaking about the Ronaldo incident after the game on Amazon Prime, said: “A job Erik ten Hag has to deal with. But there was a game, a magnificent game, the story should not be Ronaldo walking off.”

Former United defender, Patrice Evra, added: “Everyone is different. I want to stay on United’s performance, not to protect Cristiano Ronaldo.

“Maybe he needed some treatment? I don’t want to find an excuse. We have to stop talking every day about Ronaldo.”