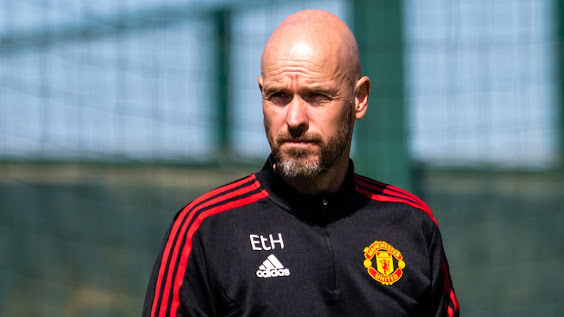 This was after the veteran forward was replaced during United’s Sunday’s game against Newcastle United.

Ronaldo led the line for the Red Devils at Old Trafford and after seeing two efforts ruled out, the Portuguese was replaced by Marcus Rashford with 18 minutes left on the clock.

He was muttering and shaking his head in irritation as he left the pitch and Saha questioned ten Hag’s decision to pull out a known goal getter, insisting there is no one better than him when you are under pressure to score.

Saha is convinced the former Real Madrid star has not declined in any way, adding there is ‘no indication’ he is slowing down.

“I have not fully agreed with the management of Ten Hag.

“I can understand why Ronaldo was upset after the Newcastle game because he trusts himself to score, lately, he has not been as lucky and efficient, it happens, and people need to realise he is not a robot.

“When people are tired, Ronaldo is a killer, there is no one better than him when you are under pressure to score important goals, he did it last year and there is no reason for him not to continue that this season.

“I have not seen any indication physically that shows he’s slowing down.”