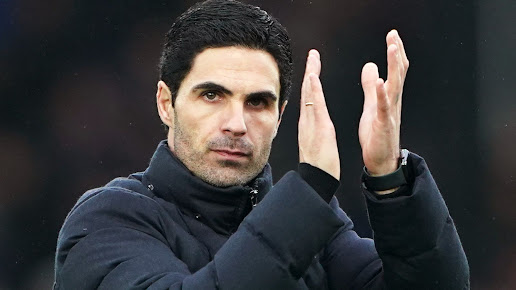 Arsenal boss, Mikel Arteta says he is really pleased and ‘so happy’ for Reiss Nelson.

This was after the winger came off the bench to help Arsenal smash Nottingham Forest on Sunday.

Arteta said he has seen a ‘real change’ in the Gunners academy graduate who netted twice on Sunday.

Former England U21 star, Nelson has been at Arsenal since the age of eight but has barely featured for the north London side.

But following Bukayo Saka’s injury, Nelson was subbed on and he grasped the opportunity with both hands.

“I think not only me but all his team-mates, all the staff are so happy for him because he is a kid that is really changing, really evolving, really maturing,” Arteta told reporters.

He added that Nelson is “changing and evolving. How mature he is, how focused he is in his profession.