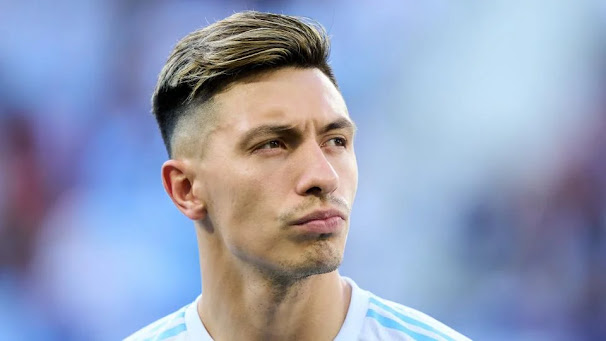 Martinez, who joined over the summer from Ajax, says the 18-year-old Garnacho ‘has no ceiling’ but went ahead to warn the younger Argentine that he needs to go above and beyond to make the most of his talent.

Erik ten Hag featured the youngster for the first time for Red Devils’ 2-0 win over Sheriff in the Europa League on Thursday night and was a real livewire down the left flank.

Garnacho featured for Spain in the Under-18 but has now switched allegiance to Argentina and is regarded as one of Manchester United’s most promising young players and has been compared to Cristiano Ronaldo.

Asked about the youngster in an interview with ESPN Argentina, Martinez said: ”He has enormous talent and a bright future.

“It all depends on him, on what he works for, but he’s young, he has to keep learning, at his age he’s in a team that isn’t easy [to get into].

“I tell him he has to take advantage of the moment, listen, ask for advice, do extra training. He has no ceiling. He will give Manchester United and the national team a lot.’