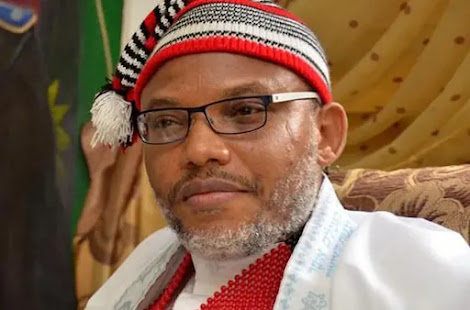 The Federal Government has arrived at the Court of Appeal in Abuja to begin a battle against the judgment that set the leader of the proscribed Indigenous People of Biafra (IPOB) Nnamdi Kanu free from terrorism charges slammed on him.

The government is asking the Appellate Court to stay the execution of the judgment of October 13 which voided the rendition of Kanu from Kenya to Nigeria on account of a breach of local and international laws.

A notice of appeal marked CA/ABJ/CR/625/2025, indicated that a 3-panel of Court would determine the Federal Government’s motion on notice.

At the time of this report, Chief Mike Ozekhome, SAN, billed to lead the legal team of Kanu has arrived in court in the company of Mr. Ifeanyi Ejiofor, another senior lawyer in the team.

Our correspondent also observed that heavily armed policemen have been stationed at the entrance of the Court subjecting all incoming vehicles and their occupants to screening to avoid security breaches.

It will be recalled that a panel of Justices of the Court led by Jumai Hanatu Sankey had in a unanimous judgment delivered by Justice Adefope-Okojie voided the rendition of Kanu to Nigeria on grounds that due process of law was not followed.

The appellate court thereafter set aside the terrorism charges against Kanu and also discharged him from the charges.