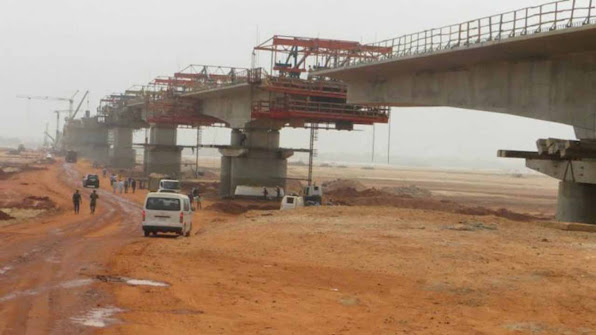 There are indications that the second Niger bridge project in the south east is nearing completion and may soon be unveiled to the public for use.

To this end, the Special Adviser to the President on Media and Publicity, Femi Adesina, has intimated Nigerians to watch out for a short documentary programme to highlight how the government was able to actualize the project.

A terse statement by Buhari’s media aide on Sunday, noted that after over 40 years of promises by successive administrations, the stage is almost set for the commissioning of the Second Niger Bridge, after its completion by the administration of President Muhammadu Buhari.

He said the Office of the Special Adviser to the President on Media & Publicity has produced a 25-minute documentary titled; The Legacy: 2nd Niger Bridge.

“The documentary, which tells the story of the Bridge, will air on Channels Television on Monday, October 3, at 6.00pm and on NTA Tuesday, October 4, at 8.30pm,” the statement added.

Recall that the construction of the second Niger bridge project has been on the front burner for over three decades, with previous political dispensation using it as bait for campaigns.

The administration of President Muhammadu Buhari prides itself as the only government that has mustered the courage to execute the project for the benefit of Nigerians, especially residents of the south east.