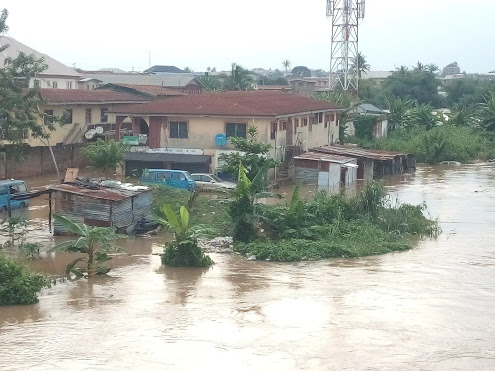 The Niger State Emergency Management Agency, NSEMA, has revealed that a total of 40 persons have lost their lives due to flood from various parts of the state.

The agency said 21 out of the 25 Local government areas of the state were affected by flood disasters with 382 communities identified to have been hit by it.

In a statement signed by the Director General of NSEMA, Alh. Ahmed Ibrahim Inga in Minna, said 50,000 persons are said to be affected with 40 deaths recorded so far

According to him, “In line with our mandate of providing succor to victims of flood and other disaster-related issues, the state governor, Alh Abubakar Sani Bello, through the agency flagged off the distribution of relief materials to all the affected areas across the State in Kuchiworo Community in Lavun Local Government Area.”

Inga commiserated with victims over the losses suffered due to the ravaging flood while reassuring them that the Agency with support from the National Body NEMA, as well as the State Government, will not rest on its oars in providing palliative measures to ease hardship facing them.

The relief items presented to victims include food items ranging from bags of rice, maize, beans, groundnut, and red oil while non-food items such as mattresses, buckets, clothing, cups, and baby diapers in the state.

Inga then urged to the community members to cash into the State government’s agric policies to enable farmers engage in dry season farming to make up for their losses.