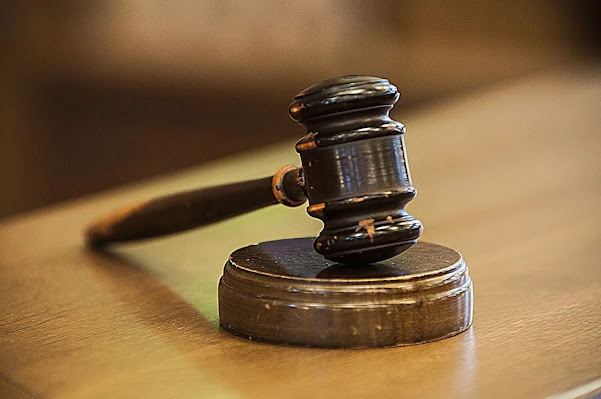 A High Court of Justice sitting in Lokoja, the Kogi State capital, has sentenced a 23-year-old man, Yusuf Salawu, to five years imprisonment for an offense bordering on internet fraud.

The offense is contrary to section 354(2) of the Administration of Criminal Justice Law of Kogi State, 2017 (ACJLKS, 2017) and punishable under section 320 of the State’s penal code.

The judgment was delivered in a summary trial by his lordship, Hon. Justice Josiah Joe Majebi, the Chief Judge of the State and presiding Judge of the High Court one, in a suit instituted by the Economic and Financial Crimes Commission (EFCC) with file number HCL/80C/2022.

Justice Majebi also used the delivery of the judgment to counsel other youths in the State to avoid acts capable of derailing them and jeopardizing their future.

He said courts in Kogi State would not hesitate to apply the law on whoever has been satisfactorily proven to have committed any offense.

His admonition came after the defendant’s counsel pleaded with the court to temper justice with mercy because his client was a first time offender who was already remorseful, unhappy and regretted committing the crime.

The court’s verdict followed the defendant’s plea of guilt after the singular charge of internet fraud was read to him as presented before the court by the prosecution counsel to the EFCC, Andrew Akoja Esq,.

Summary of the charge states in part that “between 2021 and 2022 and at Lokoja, within the judicial division of the court, the convict did knowingly had under his control, the gross sum of N56.3m in his Access Bank account with number 0798947121.”

The said amount was partly the gross sum of N116.6m which was reasonably suspected to have been unlawfully obtained. EFCC averred that Yusuf thereby committed an offence contrary to and punishable under section 320 of the penal code.

It states further that “upon his arrest, he made confessions to have been engaging in cybercrime (internet fraud) since 2019 till 2020 when he started operating more as a picker. He mostly pick funds for several names who provide account details for wire fraud which are in turn converted to Naira and paid into his Access Bank account which sums he controls. He was discovered to have used his Infinix and Techno phones which are proceeds/instrumentalities of his criminal activities. He has however raised an Access Bank draft of N1,550,000:00 representing the balance in his account of the fraudulent sums he controlled using his account and also the title document to plot No.2A, Block 21, TPS 08 Extension, Peace Community, Lokoja, for N7.5m part of proceed of his crime (which) has been recovered as well.”

The convict pleaded guilty to the charge read to him and admitted the commission of the offence, while confirming that the particular substance of the offence was true.

His lawyer, A. O. Jonathan Esq., subsequently told the court that Yusuf was a first time offender and sought the court’s leniency.

However, Justice Majebi granted the request by leniently convicting and sentencing the defendant under section 320 of the penal code.

“The defendant having pleaded guilty of the said offence is hereby convicted of the offence under section 320 of the penal code of Kogi State.

“I have passionately considered the plea of mitigation of the punishment to be passed on the defendant and consider the same in sentencing the defendant,” the court held.