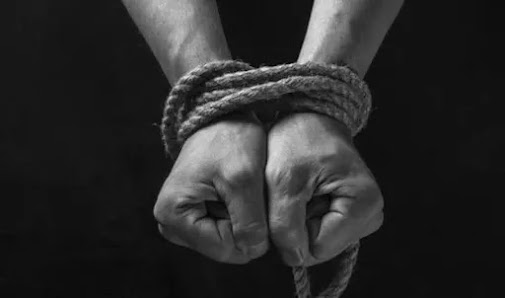 The Pastor of the Christians Reformed Church-Nigeria (CRC-N), Rev. Williams Titus, who was released by his abductors on Tuesday, has recounted his ordeal in the hands of his abductors.

The clergy who spoke on Thursday said while in the kidnappers’ den, his abductors kept telling him that they did not mistakenly pick him.

Titus, who is the second presiding Pastor of CRC-N LCC Kumbo, in Donga local government council of the state, it would be recalled was on Sunday abducted along with one other person on their way from communion service.

It could also be recalled that shortly after his abduction, women in Kumbo, took to the Marraraba-Takum highway to protest his abduction.

Narrating his ordeal in the hands of the kidnappers, the clergy told media practitioners in the state that his abductors hit him with a gun in the face.

According to him, “the church I went to is behind a mountain, so on my way coming back with a Deacon, all of a sudden we saw a Man with a gun on the road and before I knew it the rest came out.”

He said they asked them to lie down and collected his money and the one in his Bible before disposing of it along with his white gown. He added that he was left with his collar while they trekked from 12 noon till the next morning. He also said they had reiterated to him that he was not picked in error as they had waited for him.

He revealed that the abductors were all Fulani bandits. He urged the government to fashion out ways to flush them out of the state.