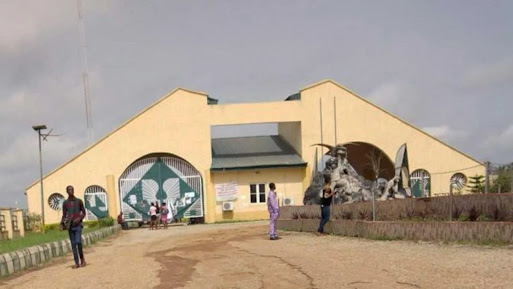 Barely two weeks the Academic Staff Union of Universities called off its nationwide strike, the Federal University, Oye Ekiti, on Friday matriculated 7,433 new students, disclosing that it has been granted approval by the Medical and Dental Council of Nigeria (MDCAN) to run Medicine and Surgery.

The Vice Chancellor of the University, Prof. Sunday Fasina, said the institution had been given the leeway to kickstart the course with a maximum of 50 students from the 2022/2023 session.

To protect the integrity of the institution, Fasina warned the new students against “cultism, rape, prostitution and examination fraud”, saying perpetrators of such nefarious acts will be shoved out of the system summarily.

The Vice Chancellor gave the disclosure in Oye Ekiti, on Friday, during the Matriculation ceremony for the 7,433 new students admitted for the 2021/2022 session.

Fasina expressed delight at the approval granted to the university for the running of the Health and Medical Science Faculty, saying this will boost the ranking of the institution by national and global agencies.

He said; “MDCAN had given us the approval to admit 50 students to begin Medicine and Surgery in the Faculty of Health and Medical Sciences. We have facilities on the ground. Facilities for Basic Medical Sciences courses will be used to kickstart the programme”.

The VC said the university has remained a citadel of learning renowned for research, moral upbringing, community service and sound academic programmes, warning the students that FUOYE is not a fertile ground for those with criminal tendencies.

He said; “Be diligent in your studies and respect our rules. I want you to respect and honour the matriculation oath that you took today. It is a bond between you and the university. Shun vices like cultism, prostitution, rape and examination fraud.

“However, we have one of the best behaved students among the Nigerian universities. No case of sexual harassment and cultism had been recorded here. We don’t tolerate such because our students have been properly baked right from inception to know that such attract outright dismissal.

“About 53,000 admission seekers applied for admission here out of which 7,433 were admitted, so this is a unique opportunity for you”.

Fasina said the university now operates 11 Faculties running full fledged courses, saying FUOYE was ranked sixth among the ivory towers operating in Nigeria, and that the tempo must be kept going.

“With this good rating, FUOYE beats some first and second generation universities in Nigeria, we beat them to it. We are also working hard to ensure that we boost our ranking. We will consolidate on the current momentum.

“Teaching, research and community services are our focus and we are fulfilling all to our people. No nation develops above its knowledge. I won’t rest until our university develops fully.

“You have to make use of the opportunity provided for you in this university. Work hard and complete your academic programmes in record times. We will work hard to ensure stability in our academic calendar, and you as students must play your own part,” Fasina said.