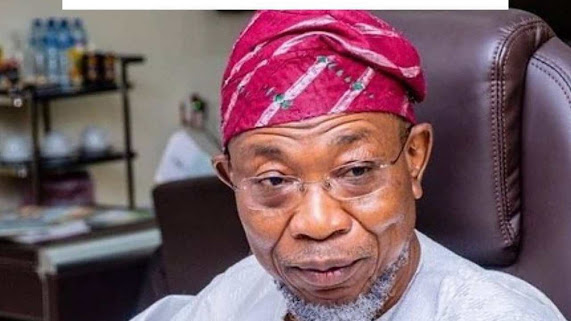 Rauf Aregbesola, Minister of Interior, has assured Nigerians that the insecurity bedevilling the country would be over by December.

Aregbesola gave the assurance in an interview with the News Agency of Nigeria (NAN) Forum in Abuja.

According to Aregbesola, Buhari said he would not leave the country without curtailing and effectively addressing the security challenges.

The minister said that Buhari had given a December deadline for the security forces to restore order and stability in all parts of the country.

“He gave the deadline for the total elimination of such threats to the security of lives and property by December.

“I believe that nobody is resting in all the arms of government with the mandate of maintaining law and order, guaranteeing security and eliminating threats.

“We are at it, and in the first instance, we must ask ourselves, governance is about ensuring the security of lives and properties.

“We will eliminate all insecurity issues by December.

“If you look at the state of affairs in Nigeria, I’ll tell you that a whole lot of progress had been made over the years, ” he said.

Aregbesola recalled that before 2015, Nigerians were living with bombs everywhere.

The minister, however, said the government had completely eliminated the incidents of Improvised Explosive Devices and Nigerians no longer have such fears.

“There was a time when the northeastern part of the country was a daily record of one dastardly act or the other and the entire region was under siege by the insurgents.

“To God be the glory, that today it is no longer there and lives had since returned to the region, that people even want to forget that there was a theatre of blood-chilling insurgency,” he said.

Argebesola attributed the spread of banditry and kidnapping to some sections of the country, partly to the dislodgement of the terrorists in the North-East.

“Militancy in the southeastern part of the country, and South-South, cultism, in the South West; but by and large, we have tamed considerably the level, the incidences and the threats to lives and property in Nigeria.

“However, we could do better, no doubt, and that is why the President has given us all in the security arm of government the deadline.

“We are all now up on our heels and toes addressing such threats vigorously and I can assure us all that we will get there.

“Nigerians will definitely heave a sigh of relief at the end of the day,” he added.