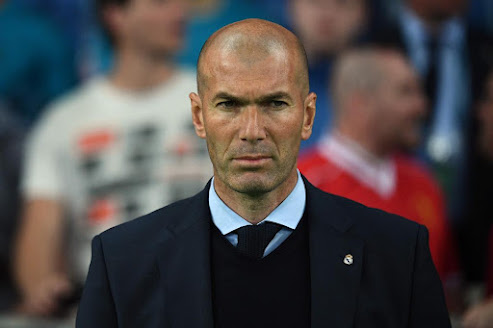 Arsenal legend, Thierry Henry, has revealed that Real Madrid legend Zinedine Zidane has been waiting to take charge of the France national team.

Henry insisted that it makes total sense for Zidane to succeed current France coach Didier Deschamps in the near future.

Zidane has been out of management since leaving Real Madrid for a second time last year.

The Frenchman turned down an approach to become Man United coach following the sacking of Ole Gunnar Solskjaer in 2021.

Zidane was heavily linked with Paris Saint-Germain and Juventus in the past.

“I don’t think he will go there [Juventus]. I think he is waiting for one thing and one thing only and that is the national team.”

Henry continued, “You won three Champions Leagues with Real Madrid, why are you going to bother with other clubs? You can have the national team. I wouldn’t.”

“He’s been linked with a lot of clubs and it never happened. I don’t think Zizou would want to do it, I can see him waiting for the national team and it makes total sense.”