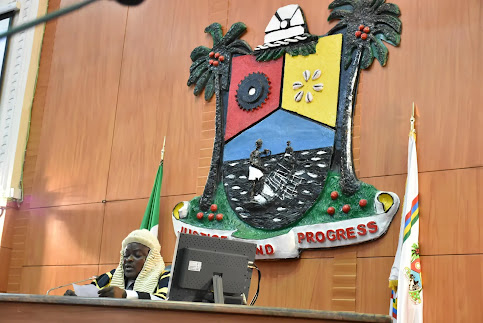 The Lagos State House of Assembly has passed a motion seeking better protection of female children.

The House, which earlier passed laws in favour of the gender, hailed the state government for doing its best to safeguard the girl child.

The Speaker, Mudashiru Obasa, presided over a session in commemoration of the 2022 International Girl Child Day.

The lawmakers thanked non-governmental organisations for championing the course through advocacy.

Obasa said the International Day provides an opportunity to talk about challenges including violation of minors, trafficking, drugs abuse, and cultism.

“It is also an opportunity to scrutunise the performance of government agencies saddled with the responsibility of protecting the girl child”, he added.

Hon. Mojisola Alli-Macaulay, who moved the motion, said this year’s theme ‘Our Time is Now – Our Rights Our Future’ seeks recognition of girl power, inclusiveness and political participation.

Alli-Macaulay said the enactment of the Child Right Law and the Lagos State Domestic and Sexual Violence Agency Law by the Assembly were among the legislature’s contributions.

Meanwhile, the ‘Bill for a Law to Amend the Office Of The Public Defender Law, 2015’ has passed the second reading.