Lekki shooting: What will happen if you allow Tinubu become president – HURIWA to youths 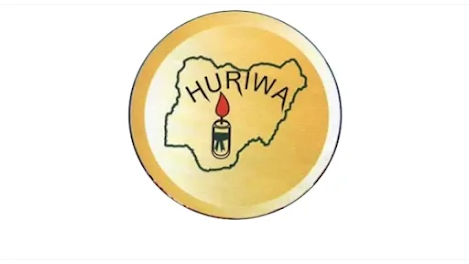 Ahead of the 2023 general elections, the Human Rights Writers Association of Nigeria, HURIWA, has called on Nigerian youths to ensure that the presidential candidate of the ruling All Progressives Congress, APC, Asiawju Bola Tinubu does not win the poll.

The National Coordinator of the rights group, Emmanuel Onwubiko who spoke on Wednesday, alleged that Tinubu was one of those who orchestrated the October 20, 2020, Lekki massacre.

Saga Gist recalls that Nigerian youths who were vexed by the extrajudicial killings carried out by the disbanded Special Anti-Robbery Squad, SARS, had staged a nationwide protest in October 2020.

On October 20, 2022, officers of the Nigerian army stormed the Lekki Tollgate where the angry youths converged and allegedly opened fire on the unarmed protesters.

Although authorities are yet to admit, there were video evidence that several Nigerians were massacred while scores sustained life-threatening injuries during the shooting incident.

Onwubiko while commemorating with the Nigerian youths on the second anniversary of the Lekki shooting said that if the APC flagbearer succeeds President Muhammadu Buhari in 2023, the victims may never get justice.

He said, “the youths are heroes. Nobody should have any regrets. They should not give up on the struggle for good governance. And as we move closer to elections, they should make sure that Tinubu does not smell the power.

“If somebody like Tinubu becomes Nigerian president, Lekki killings will be hidden forever”.