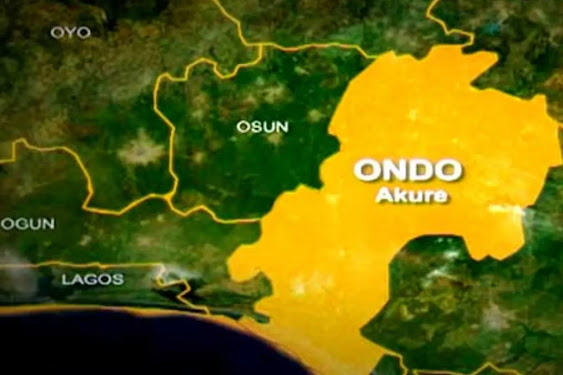 A truck driver has tied his wife to a well in Ondo State over alleged infidelity.

The distraught husband, Muyiwa Sikiru, was said to have been hinted by neighbours and friends that his wife had been keeping a man in their matrimonial home located at Oke-Aro Area of Akure South Local Government.

Sikiru, an Osun State native, had travelled for three months before returning on Independence Day to find another man living in his home with his wife and their three-year-old boy.

Sources claim that Sikiru had relocated his family to Akure and then went to another state to source for livelihood.

One of the sources claimed that the man stopped at his friend’s house after arriving in Akure on Saturday before going home to meet his family.

Upon returning home, the husband, furious about his wife’s infidelity, walked right into their small apartment, hauled her outside, and tied her to the well next to the house.

According to sources, the man chained his estranged wife’s wrists and tied her to the pole of a well in front of the house as other neighbors assisted in carrying their child.

It was learned that the lover boy, who had had a bath in the bathroom prior to the man’s arrival, fled via the window when he overheard the man’s voice.

It was said that some women later took the woman and her husband to the closest police station.