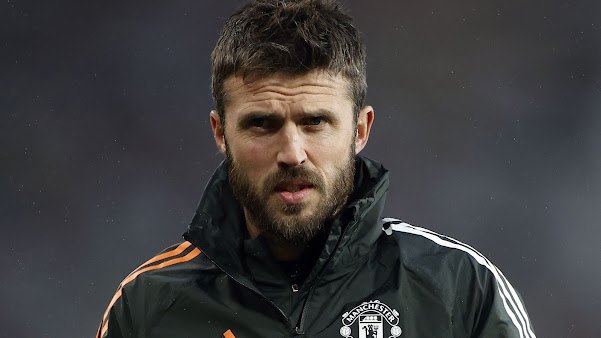 Middlesbrough have held talks with Carrick to offer him the job of managing the club.

Carrick was a caretaker manager at Old Trafford in 2021 after Ole Gunnar Solskjaer was sacked and later handed over to Ralf Rangnick.

During his time as the Caretaker manager at Old Trafford, the 41-year-old recorded two victories and a draw – defeating Villarreal in the Champions League, beating Arsenal in Premier League, and drawing with Chelsea.

The Athletic reports that Middlesbrough have held talks over the midfielder regarding their vacant managerial role, following the sacking of Chris Wilder.

Middlesbrough, who last appeared in the Premier League in the 2016-17 season, have struggled so far this term and find themselves 21st in the second tier.

Carrick left Manchester United following Rangnick’s arrival, but he is now ‘weighing up’ a return to football.