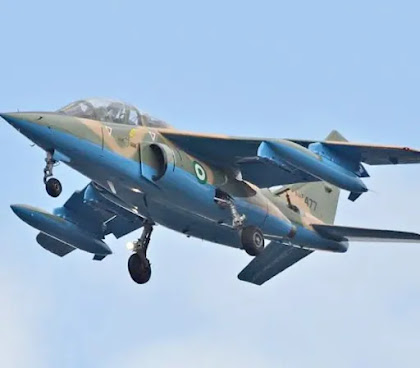 The Defence Headquarters has said, an air strike at Yadi in Giwa Local Government Area of Kaduna State by Operation Whirl Punch has killed terror kingpin, Ali Dogo and scores of his foot soldiers.

The airstrike targeting the terrorist was disclosed in a statement made available by the Director, Defence Media Operations, Major General Musa Danmadami on Tuesday, where it noted that the operation was carried out based on credible intelligence.

General Danmadami said, during the air strikes, a “terrorist kingpin, Ali Dogo, aka Yellow alongside his fighters were naturalized in a building they were said to be hosting a meeting.

He said yellow and his fighters were said to have relocated to Kaduna State following continued bombardment on his location in Niger State.

His words, “the military high command commends troops of Operation Whirl Punch and encourages the general public to avail troops with credible and timely information on criminal activities.”

Saga Gist recalls that there has been an increased onslaught on terrorist groups in parts of the country, a development that recently culminated in the release of the 23 passengers abducted in the Abuja-Kaduna bound train early this year.