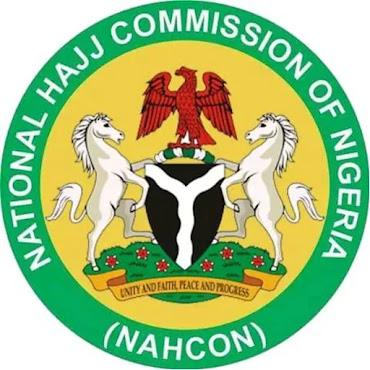 National Hajj Commission of Nigeria (NAHCON) has said its Chairman, Zikrullah Kunle Hassan, has never minced words on the Commission’s readiness to refund pilgrims of the 2022 Hajj who requested it.

NAHCON said its staff had on many platforms assured of the Commission’s preparedness to make refunds as soon as reconciliation is concluded.

It explains that reconciliation follows a bureaucratic process, adding that it is better to get it right especially with the peculiar challenges that came with the 2022 Hajj.

“It is therefore curious that the Independent Hajj Reporters (IHR) would find it -worrisome’ that refunds have not been made to pilgrims 67 days after completion of 2022 Hajj,” the commission said in a statement signed by Fatima Sanda Usara, Assistant Director, Public Affairs.

“Curiously, the IHR did not find it worrisome that in 2019, the Hajj return journey ended on 12th September 2019, and refunds were made 82 days later, in December, to wit, three months later. Curiously, IHR then carried the advert for the refund on the 25th of December, 104 days after Hajj without batting an eyelid. Curiously too, Hajj 2017 ended on October 2nd, 2017.

“Out of the sum of N820,283,965, N181 million was paid to states’ pilgrims and their officials that could not travel for the pilgrimage in two batches: first batch to 11 states in December 2017 (over 60 days after Hajj), while 13 pilgrims’ boards and agencies received theirs in February 2018 after reconciliation, four months later.

“The latter was made about 140 days after Hajj. Interestingly, we were all proud of the achievements of that board without a doubt. What is different in the matter of refunds between now and then?

“It is curious that IHR could suddenly see this trend as a worrisome delay knowing that this has been the tradition in Nigeria’s Hajj industry.

“This excusable delay has always been reflected in the Commission’s Annual Hajj Report to the Presidency due to the dependable nature of the global Hajj network.

“Mark you, NAHCON does not keep pilgrims’ money in an account the Commission controls. All Hajj fare components are distributed to the rightful Hajj operators at a due time from the Commission’s Central Bank (CBN) account, vis-à-vis State Pilgrims’ Welfare Boards (SPWBs), air carriers, and Pilgrims Establishment in Saudi Arabia famously called Mu’assasa. Mu’assasa is also answerable to the Saudi Ministry of Hajj and Umrah.

“After Hajj, the actual number of persons that performed the pilgrimage is confirmed, subsequently the same operatives now each return funds of those who could not participate in the exercise into NAHCON’s CBN account.

“There may be refunds for services poorly rendered too which the Commission receives from service providers through Mu’assasa.

“After all the components are returned from the various operatives, the SPWBs that are ready follow up with their records for reconciliation and recollection of the total amount. The boards are then charged with the responsibility of disbursing the funds to the owners.

“Of course, there is always room for improvement and the Commission is not unmindful of that. For instance, NAHCON had completely refunded Kano State Hajj Savings Scheme pilgrims by 11th of October 2022 because the State Pilgrims Welfare Board had since reconciled its HSS books.

“The first batch of Kano refunds was made on 9th September 2022, 33 days after the completion of the Hajj airlift. Other state pilgrims’ welfare boards that have concluded their HSS reconciliation and are about to start receiving the refunds are Jigawa, Katsina, Federal Capital Territory, Bauchi, Kogi, Lagos, and Plateau states.

“The other states are still being awaited. NAHCON has not turned back any state SPWB that is ready for reconciliation. Similarly, the Commission believes the states are not sitting idle either, some of them have indeed gone far in the reconciliation process.

“As an advocacy group that prides itself on protecting the welfare of Nigerian pilgrims, IHR is advised to consider following the right channels in comprehending any misconception it has about the Commission, including its conceived 67 days delay. Certainly, re-echoing a misunderstanding without providing facts might be an injustice to one’s followers.

“If we all are truly working for the interest of Nigerian pilgrims, one’s first resort would not be a display of fangs on the pages of newspapers.

“So doing may be misconstrued as opportunistic and a sign of ‘we against them’ syndrome which might not augur well for the Hajj industry we have so much passion to protect. “