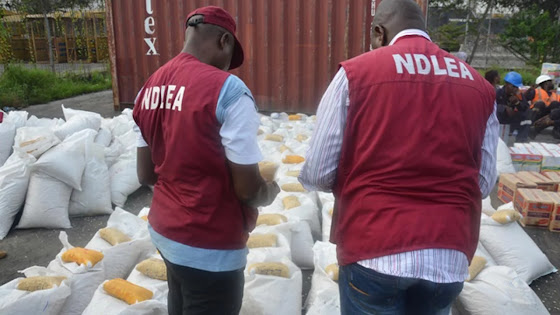 Ebonyi State Command of the National Drug Law Enforcement Agency, NDLEA, has said it seized 179.102 kilograms of illicit drugs between January and September 2022 in the state.

The State Commander, Mr Iyke Uche disclosed this to the News Agency of Nigeria (NAN) in Abakaliki, noting that the seizures were made in various locations, including rural communities.

Uche listed the drugs seized to include cannabis sativa, tramadol, flunitrazepam, methamphetamine, locally known as `Mkpurummiri’, and other illicit substances.

He said 27 persons were convicted within the period under review.

The commander decried the abuse of unwholesome substances in the state, despite the inherent harm to the health of users.

“We recorded tremendous successes from January to September; we have seized over 179.102 kilogrammes of different illicit drugs from dealers.

“In the period under review the agency seized 12.906 kilogrammes of cannabis sativa, 0.023 Kg of designer drugs and 0.023 kg of Flunitrazepam amongst others,” he said.

Uche further assured that the agency’s operatives in the state were committed to fighting drug abuse and trafficking.