Niger Assembly insists it has powers to sack chairman NSIEC 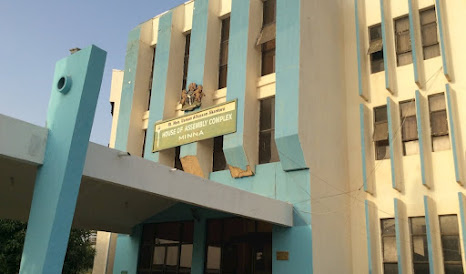 The Niger State House of Assembly has insisted that it has the constitutional power to sack the Chairman of the State Independent Electoral Commission, NSIEC,

This followed claims by the state chapter of the Nigeria Bar Association, NBA, that the house has no legal right to dismiss the state chairman of the electoral body, Aminu Baba.

Speaking on the position of the State House of Assembly on the issue in Minna, Malik Madaki Bosso, representing Bosso Constituency said the constitution was unambiguous on the power vested on the legislature to act in such circumstances.

He said the embattled state chairman of NSIEC was not fit to continue to head the Commission having confessed before the legislators that,” he was only “answerable and loyal to his principal, the governor” and not to his oath of office to be an impartial umpire”.

The lawmaker argued that by such utterance, “the chairman betrayed the confidence the people reposed in him by siding with the governor who belongs to a political party and will do the bidding of his principal and not the will of the people”.

Malik insisted that the chairman and members of the NSIEC by the law establishing the electoral umpire were required not to belong to any political party or be subservient to any authority but the law.

He maintained,” if by any shred of evidence, they show partisanship, then they are not morally fit and should vacate their seats”.

Malik hinged his removal by the House on section 201 subsections 1 and 2, which gave it the power to terminate the appointment of the chairman in a 2/3 majority vote.

It would be recalled that the embattled chairman had appeared before House to answer questions on preparations for the conduct of local governments election, where he told the lawmakers that he was only loyal and answerable to his principal, referring to the governor, and will act according to his orders.