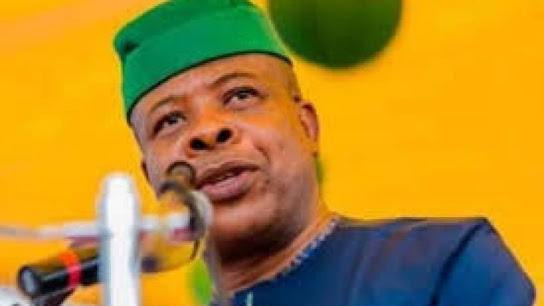 The immediate past Imo State Governor, Emeka Ihedioha has distanced himself from a voice note purporting a threat and a letter from him to the Minister of Justice, asking the Minister not to release Nnamdi Kanu, leader of the proscribed Indigenous People of Biafra, IPOB.

In a statement he personally signed and issued on Sunday, the former governor said the voice note was “criminally” forged, saying those behind it were aiming at putting him at daggers drawn with the people.

He called on security operatives to thoroughly investigate those impersonating him and forging his signature for documents that did not emanate from him.

Ihedioha said he had decided to remain silent since January 14, 2020, when the Supreme Court nullified his election as governor of the State.

“I consciously yielded to the maxim that silence is golden, so as not to inflame passion in our dear state. But there comes a time when silence is no longer golden. That time is now. It appears that some people are not satisfied with their stolen mandate.

“They have forged documents, concocted voice messages, perjured and maximised the social media in throwing mud to see if anyone sticks. They use issues that are very dear to our people in this nefarious project,” the statement added.