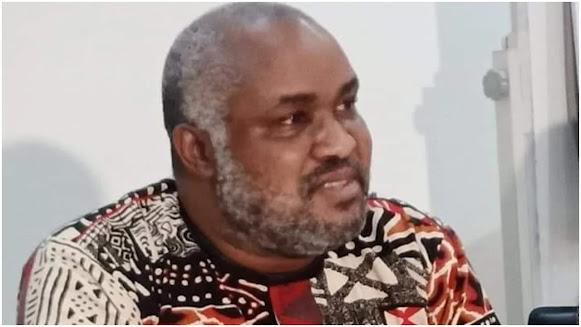 Human Rights Writers Association of Nigeria (HURIWA) has told the hierarchy of the judiciary that they are destroying the judicial arm of government for their selfish reasons by letting the federal government impugn the integrity of the court system.

HURIWA said this while blasting the Supreme Court and the Court of Appeal for even admitting the appeal filed by President Muhammadu Buhari and what it describes as the disrespectful application for stay of execution against a clearly binding verdict of the Court of Appeal freeing Nnamdi Kanu, saying it was a clear breach of section 6 of the Nigerian Constitution.

The group expressed disappointment that rather than mount pressure on Buhari to honour his constitutional Oath of office and obey a binding judgment of a competent court of jurisdiction, the apex Igbo cultural group –Ohanaeze is going cap-in-hand to Aso Rock Villa to beg for political solution as if the courts are no longer relevant.

HURIWA further carpeted the hierarchy of the Appellate court, accusing it of becoming political by sending on transfer from Abuja the justices that courageously determined the Appeal by Nnamdi Kanu and quashed all charges initiated illegally by Abubakar Malami, Buhari’s Attorney General.

“We expected all right thinking Nigerians to initiate international and local advocacy campaigns for the sake of the image of Nigeria and the health and well being of the judicial arm of government to get president Buhari to obey the Appeal Court and free Nnamdi Kanu before appealing at the supreme court, some politicians and the Igbo socio-cultural respected global body – the OHANAEZE NDI IGBO is begging Buhari to release Nnamdi Kanu who is already suffering from suspected terminal health challenges allegedly contracted whilst in detention,” the group said in a statement signed by Comrade Emmanuel Onwubiko, its national coordinator.

HURIWA said its intervention on the matter is on the side of justice and constitutionalism and not about the Ethnicity of the detained leader of IPOB.

The South East caucuses in both chambers of the National Assembly, last week, appealed to the government to release the IPOB leader.

On a very sad note, HURIWA recalled that the three Justices that sat on the Court of Appeal panel that quashed the 15-count terrorism charge the Federal Government preferred against Kanu, have been transferred from their various divisions.

Investigation by the media revealed that the three appellate court justices were transferred, four days after they delivered the judgment that discharged the embattled IPOB leader.

Whereas the presiding Justice, Jummai Hanatu Sankey, who was hitherto in the Gombe Division of the court, has been moved to Awka Division, Justice Oludotun Adetope-Okojie who delivered the lead judgment, was transferred to Owerri, while the third member of the panel, Justice Ebiowei Tobi, was moved to Gombe.

A memo dated October 17, which was signed by the President of the Court of Appeal, Justice Monica Dongban-Mensem, stressed that the new posting for the justices was with immediate effect as they were expected to report to their new stations by October 21.

Meanwhile, the Supreme Court will today (Monday), hear the appeal FG filed to set aside the judgment that freed Kanu.

HURIWA, therefore, reminding the President of the Court of Appeal who has now decided to be a politician by witch-hunting justices of her Court for deciding a matter by Nnamdi Kanu purely on point of law and not point of AREWA SENTIMENTS just as HURIWA said history does not forget any act of treachery whatever and whenever it happens.