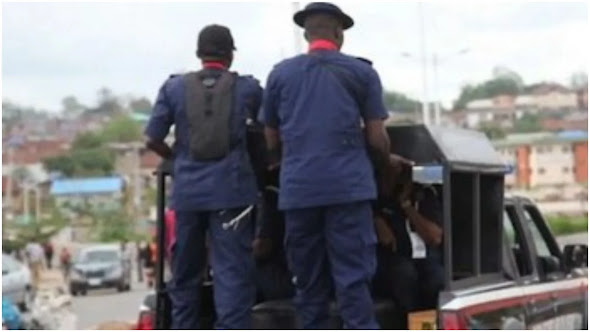 Spokesman of the Jigawa State NSCDC command, CSC. Adamu Shehu disclosed this in a statement issued to newsmen.

He said the suspects have been terrorizing residents of Takur Addu’a quarters in the Dutse metropolis and its environ.

He explained that the suspects were arrested after they conspired and forcefully gained access into the house of one Umar Yunusa, a staff of NSCDC when he was asleep.

Adamu said one of the subjects was arrested through an exhibit they left during the operation which subsequently led to the arrest of the other gang members.

Upon investigation, the suspects confessed to have been terrorizing Takur Addu’a and its neighborhood, while using cutlasses and knives to attack and steal from the residents.

Adamu said the suspected cases of robbery, criminal conspiracy, burglary, and trespass are contrary to sections 298, 96, 342, and 346 of the Penal Code, respectively.

“The suspects will be charged to a court of competent jurisdiction for prosecution after all investigations are concluded,” he said.