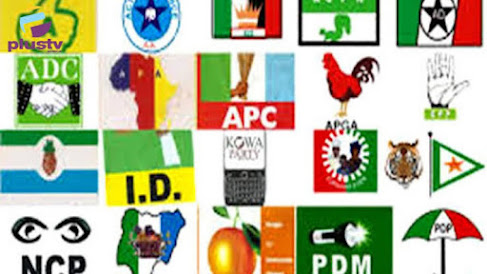 On September 28, 2022, all the registered political parties and their candidates commenced presidential and National Assembly campaigns across the thirty-six States of the Nigeria federation.

This is in line with the time table released by the Independent National Electoral Commission (INEC), ahead of the general elections in 2023.

Recall that the INEC had stated that campaign for presidential and National Assembly elections will commence on September 28, 2022, while that of governorship and State Houses of Assembly will commence on October 12, 2022.

Already, the INEC chairman, Professor Mahmood Yakubu, on Thursday, promised to monitor political parties’ campaigns and expenses for the 2023 general elections to ensure compliance with the laws.

He was speaking at the signing of the peace accord for a peaceful campaign organized by the National Peace Committee (NPC) in Abuja.

Yakubu said this was to ensure that parties shunned abusive language and comply with spending limits for elections.

Yakubu explained that the Electoral Act, 2022, as amended, provided for campaigns in public by political parties to commence not earlier than 150 days before polling day of which that of national elections had officially commenced Sept. 28.

He stated that, “the implication is that for the next 148 days, political parties, candidates and their supporters are free to traverse the country holding meetings, rallies, processions and door-to-door campaigns.

“They will grant interviews, sponsor indoor and outdoor advertisements and publish other campaign materials. This is often a delicate period characterized by excitement and anxiety.

“In line with the provisions of the Electoral Act 2022 and in our determination to play our role as a regulator, the Commission will vigorously monitor compliance.

“To ensure that parties shun abusive, intemperate or slanderous language as well as insinuations or innuendoes likely to provoke a breach of the peace during the electioneering campaigns”.

Saga Gist reports that it is no longer business as usual in Abia, with the Labour Party now a strong force nationwide. Until now, the PDP dominated the political space; in fact Abia was a one party State. But all that has changed. The 2023 general election is going to be a defining moment, with the fear of LP’s ‘Obidients’ gripping major politicians in the State.

A visit to Abia secretariat of the PDP, APC and LP showed that activities are already on top gear, as State officials of these political parties were seen formalizing arrangement for the official commencement of their electioneering campaigns, most importantly, the governorship campaigns.

In an interview on Tuesday, an ex-member of the house of representatives and chieftain of the All Progressives Congress, Chief Hon Nze Chiekwe Esiaga reiterated the resolve and readiness of the party to secure victory in all levels of political leadership positions in the coming 2023 general elections in Abia State.

He insisted that the ruling PDP in the State, whom the electorates voted into office had failed to justify the mandates entrusted on them by the people.

The ex-lawmaker vowed that his party (APC) was poised to rewrite the narratives in the governance of Abia State and provide the populace with necessary socio-economic and infrastructural projects to enhance their welfare and development of the State when voted into power come 2023.

Esiaga also called on candidates of all political parties to shun hate speeches, character assassination, cheap propaganda and blackmails, and focus on their respective plans to foster the needed economic growth and infrastructural development in the State during the ongoing electioneering campaigns which was recently lifted by the INEC ahead of the upcoming polls across 184 electoral wards of the seventeen local government areas of Abia State.

According to him, “I want to call on all political parties and their candidates to be civil and conduct themselves in good and proper manner for us to ensure we achieve peaceful elections in Abia and other States.

“We must not escalate the heightened insecurity already being experienced in many parts of the country, rather we must always promote whatever that will boost development in Abia State and Nigeria as a whole”.

Also during an interactive session with our correspondent, a member of the ruling Peoples Democratic Party, PDP, Chief ThankGod Ugwumsinachi harped on hitch-free campaigns by political parties and their respective candidates ahead of the 2023 elections in Abia State.

The party stalwart urged political parties and the entire political class in the State and the country at large, to carry out issue-based campaigns.

He regretted that the All Progressives Congress and President Muhammadu Buhari have demonstrated complete lack of capacity and wherewithal to lift citizens from untold hardships and abject poverty, insecurity, inflation and total collapse of all democratic institutions of governance in the country.

According to Ugwumsinachi, “we will no longer afford to allow APC to take over the affairs of this great country. People are now wise enough, not to be deceived or lured into voting based on party backgrounds during elections. They are out to enthrone competence in the governance of Abia State.”

He charged Abia electorates to use their permanent voters cards (PVC) to elect credible candidates and people with the requisite capacity, competence and expertise to address many of the challenges facing the State and her environs.

He further admonished them to shun any form of financial inducement, bribery and name-calling.

His words: “The general election is most significant in the sense that there would be improvement in our electoral process. I thank INEC for the credibility it has so far demonstrated. I urge all candidates and their parties to display utmost cooperation with INEC, and adhere strictly with provisions of the 1999 constitution of Nigeria, and the nation’s Electoral Act.

“My expectation is that the 2023 election will be crime-free, devoid of anarchy, lawlessness, violence, manipulation and unwholesome interference by cabals.

“We must bear the interest of the people at heart. The security of lives and properties should be utmost in our mind. This time around, Nigerians must get it right.”

On his part, a chieftain of the Labour Party from Abia State, Chief Amobi Ogah, sued for peaceful and rancour-free election campaigns.

He also advised candidates of all political parties to shun campaign of calumny, character assassination, cheap propaganda and blackmail.

“We must insist on conduct of credible and acceptable elections come 2023, elections which shall reflect the true will of the Abia electorates

“All candidates should come forward and tell the people of Abia State what they would do in addressing the numerous problems hindering infrastructural growth of the State”.

Ogah added that, “this coming election is significant in the sense that the present youth generation would change the ugly narrative in Abia’s governance by ensuring that they vote in candidates with visionary plans, the needed capacity and the requisite competence in solving the fundamental leadership problems in the State.”