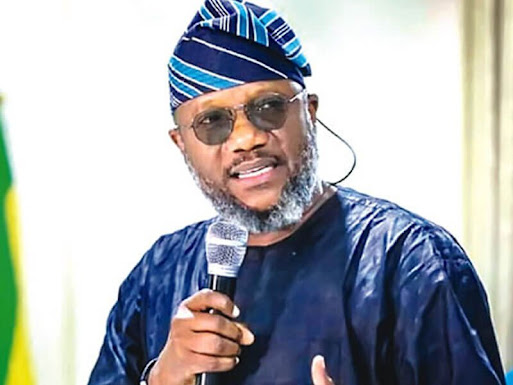 Hon. Adekunle Akinlade has reacted to the dismissal of a case challenging his qualification to be the running mate of Ladi Adebutu of the Peoples Democratic Party (PDP) in the 2023 governorship election in Ogun State.

Saga Gist reported earlier that a Federal High Court sitting in Abeokuta had dismissed the case filed by the All Progressives Congress (APC), saying Akinlade did not resign from the APC before his nomination as Adebutu’s running.

For participating in the APC primary election in Ogun, the ruling party said Akinlade should not be allowed to run on the same ticket with Adebutu, asking the court to disqualify both Adebutu and Akinlade.

But the case was dismissed on Wednesday with N6million cost awarded against the applicant.

In a statement by his Media Aide, Azeez Adelani, Akinlade said: “The significance of today’s judgement and the victory is that it is the only case instituted by APC against the unique collaboration between Hon. Ladi Adebutu and Hon. Adekunle Akinlade, the PDP Gubernatorial and Deputy Governorship candidates in the 2023 general elections.”

Akinlade said today’s judgment has put to rest the primary issues surrounding his legibility as a candidate of the PDP in Ogun.

“With this well deserved judgement, it is the turn of APC to take its own sucker punch. We hope they will have the stomach to hold the impact as the day of reckoning is counting down,” he said.

Akinlade commended his loyalists and party faithful for the trust in the process and for remaining unshaken in their support for Adebutu and the PDP.

“Rest assured, the PDP and all its candidates will contest the 2023 elections in Ogun State and victory is certain,” he submitted.