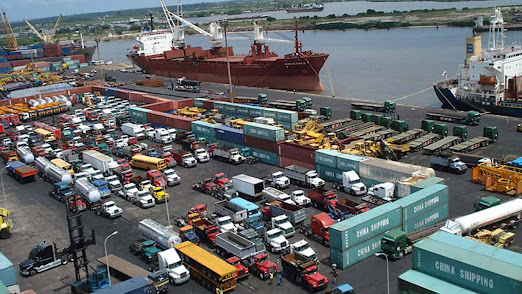 Fresh facts have emerged into how oil theft is aided and abetted in Nigeria, resulting in huge losses in revenue in the Country’s water ways.

The Nigerian Ports Authority (NPA) said most vessels enter the Nigerian water ways legally, but stylishly sneak out to steal crude oil in the Niger Delta before leaving the shores of the country.

The Port Authority management equally revealed that operators of the vessels usually turn off their Automatic Identification System (AIS) which should ordinarily aid the agency track such stray and dubious ships in the Nigerian waters.

Specifically, the authorities said that several of the vessels engaged in crude oil theft on its deep waterways usually put off Automatic Identification System to avoid being tracked by mart items officials, with the country losing billions of dollars in revenue.

NPA Managing Director, Mohammed Koko made the revelations, while fielding questions at the Ministerial Media Briefing put together by the Presidential Communications Team at the Presidential Villa, Abuja on Tuesday.

Koko’s response was in reaction to inquiries why the NPA couldn’t do anything, following the recent incident of an oil tanker evading arrest in Nigeria after it carted away illegal crude oil.

According to the NPA Boss, such ships go off the radar and try to evade arrest by switching off their onboard automated tracking system that help in locating the vessel’s position and others in the water vicinity.

He said these practices which is not alien to the Authority, would culminate in the procurement of Vessel Tracking Services (VTS) to enable the Port agency identify, locate and monitor all vessels in the nation’s waters.

According to him, the Authority has been trying to acquire the VTS for about 10 years, saying that a certified consultant has now been identified to take up the process, just as he expressed optimism that the facility can be procured before the end of the current administration.

“The intelligence persons bringing in vessels to steal crude, one of the things they do is, they short down the AIS. This is what is needed in terms of transmission for you to even know, when the vessel comes in and the location they to go to.

“They come in legally but then they go by the left hand side to commit illegal activities after switching of their AIS. We are going ahead to deploy the VTS and to also have information in terms of vessel movement,” Koko said.