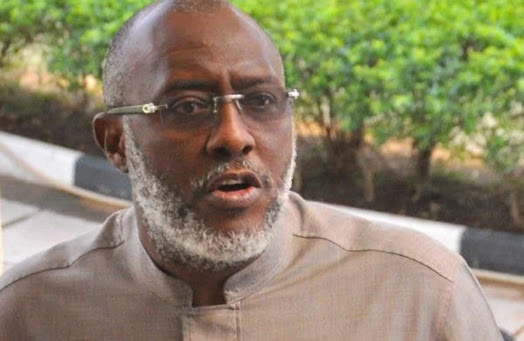 Olisa Metuh, a former National Publicity Secretary of the Peoples Democratic Party, PDP, has resigned from the party.

Metuh explained that he would contribute more to Nigeria’s governance by being non-partisan.

In a letter to the PDP’s National Chairman, Iyorchia Ayu, Metuh lamented the brand of politics in Nigeria.

He pointed out that he can no longer participate in partisan politics.

According to Metuh: “During my three weeks trip for medical and personal reasons, I came to the realisation that I can no longer play partisan politics in Nigeria.

“The reason for this decision is that from my experience and the nature of politics and development in Nigeria, I believe that I will contribute more to democracy and good governance in Nigeria by being non-partisan.

“In that regard, I write respectfully to formally inform you of my resignation from the PDP and cessation of partisan politics.

“In line with the constitution of the PDP, I have forwarded a copy of my resignation to my ward chairman.”

In 2016, the Economic and Financial Crimes Commission, EFCC, arraigned him for an alleged N400 million fraud.

EFCC accused Metuh of receiving the huge sum from the Office of the former National Security Adviser, NSA.

Metuh, however, denied collecting the money, stressing that his former office collected the money and used it to prosecute the election.

Despite his denial, the former PDP spokesman was sentenced to prison in 2021 after he was found guilty of seven counts of money laundering.