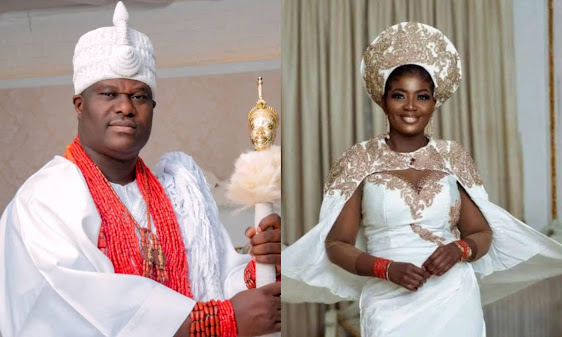 Tobi Phillips was a former Beauty Queen and a graduate of Marine Science from Lagos State University, while Princess Queen Ashley is a chartered accountant and founder of an NGO, Ashley Adegoke Foundation.

Before his coronation in 2016, Oba Adeyeye was previously married to Adebukola Bombata in 2008, but the marriage failed after his coronation.

After being crowned, Ooni married Edo-born Zainab-Otiti Obanor in 2016, the union lasted for 17 months before their separation and married Naomi Silekunola in 2018.

Ooni’s new marriage is coming ten months after Queen Naomi Silekunola took to social media to announce her separation from the monarch in December 2021. The failed union, which lasted for three years, produced a son Tadenikawo.