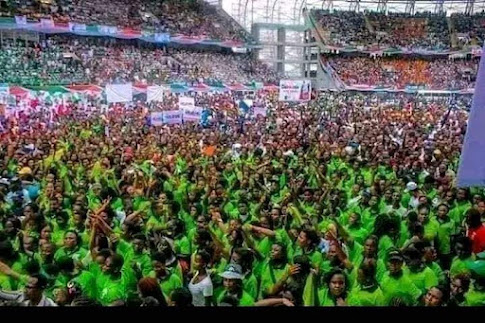 Reactions have continued to trail the mammoth crowd witnessed at the Peoples Democratic Party, PDP, campaign kick-off in Uyo, the Akwa Ibom State capital, on Monday.

Saga Gist had reported that despite the presence of relatively all national stakeholders of the party, about five governors elected under the platform of PDP shunned the event.

Their absence may not be unconnected to the crisis rocking the main opposition party over calls for the resignation of the party’s National Chairman, Iyorchia Ayu.

Recall that following the party’s presidential primary election, which produced Atiku as its flagbearer, Wike and his loyalists have been in a face-off with the former vice president and Ayu. 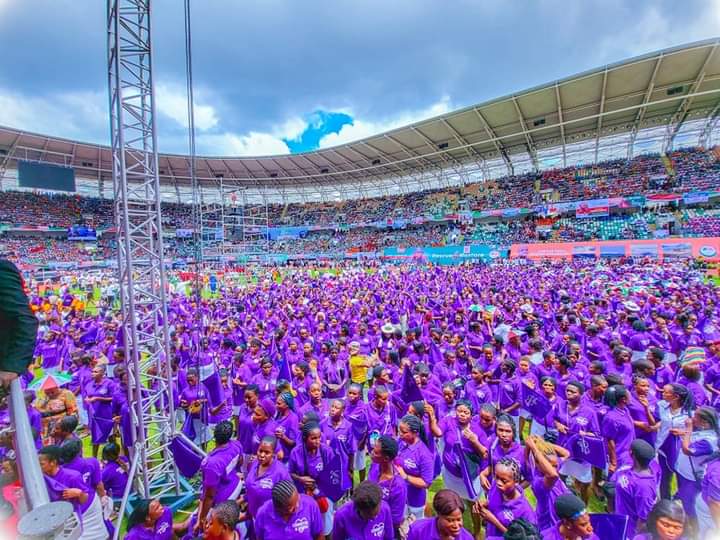 Wike had demanded that until Ayu resigned his office as the party’s chairman to pave the way for a southerner, he and other governors loyal to him would work against Atiku in the forthcoming election.

Saga Gist reports that some still and motion pictures of the event, which captured a large number of supporters at the campaign rally, are currently making the rounds on social media.

A PDP member, Mr Micheal Okpowu, who spoke to our correspondent in Abuja on Monday, expressed shock that despite Atiku being a Northerner, such a large number of persons graced the event.

He said, “I have been saying that the 2023 general election will be beyond tribe and region. The number of people that attended the rally in Uyo today should open our eyes.

“This is how politics should be. That someone like the Labour Party presidential candidate, Peter Obi can also go to Adamawa and be received by people supporting his ambition despite differences in religion and ethnicity.”

However, a social media influencer, Kenny D, alleged that it was a rented crowd, stressing that majority of the participants were paid by the party to create the impression that Nigerians want Atiku.

“When you see people who willingly embark on a rally and those who participated because of money, you will know. They were all there to get their own share of Atiku’s dollars.

“When the Obidients are spending their own money to organize rallies for Peter Obi, supporters of other candidates go to rally to get money from their candidates,” he said.

Another respondent, Mr Kolawole Akinwumi, a staunch supporter of Atiku who was reacting to the absence of Wike and the other governors, said the Rivers Governor would be disgraced in 2023.

He said, “Nobody talks about Wike anymore. Atiku has moved on, and we can see that very clearly. Wike thought he would pull Atiku down, but God is with him.

“We all know that he was angry but he went too far. He projected himself as a god that needs to be worshipped. Such people don’t remain relevant for long.”