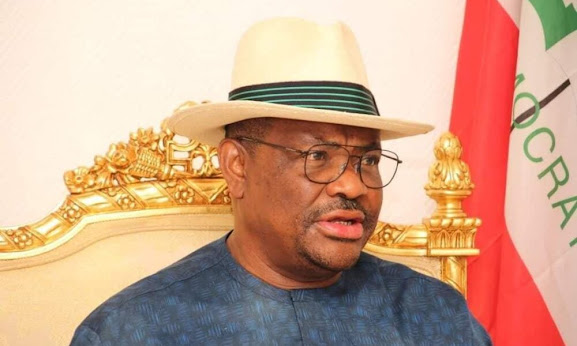 Governor Nyesom Wike of Rivers State has criticized the Peoples Democratic Party, PDP, Board of Trustees, BoT, for mandating the party’s National Chairman, Iyorchia Ayu, to resign after the 2023 general elections.

Wike criticized the party’s BoT for not mandating Wike to fulfill his initial commitment that he would resign if a northerner becomes PDP’s presidential candidate.

The governor spoke yesterday at the international wing of the Port Harcourt International Airport, Omagwa, on arrival from a brief trip to Spain.

“To say he should make another commitment that he will resign after the elections, for me, BOT resolution is ridiculous,” he said.

Wike accused the party’s National Chairman of failing to inform the PDP National Working Committee, NWC, of the N1.1 billion he received on behalf of the party.

He said: “Luckily for me, Ayu has now mentioned that he went to the presidential candidate, Atiku Abubakar, the Waziri of Adamawa where they discussed the issues of borrowing.

“Now, the question is, when you talk about borrowing, who approves borrowing? You must go to the NWC to say you want to borrow money.

“I challenge him to bring the records where NWC approved that the party should go and borrow N1 billion. What is the collateral?”