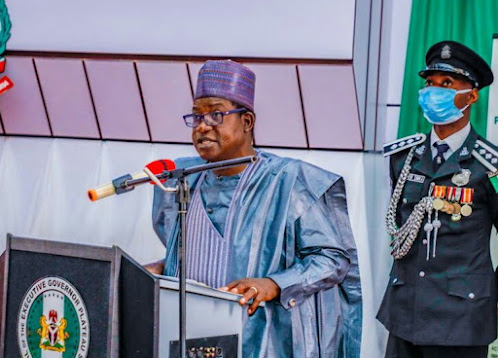 Following an attack in Kuliyas Village in Butura, Bokkos Local Government Area, where four persons, including the village head, were killed by unidentified gunmen, Plateau State Governor, Simon Lalong has ordered security personnel to go after the attackers and get them arrested before they unleash further mayhem.

The Governor’s order came following the recent spate of attacks on some villages in the state, which led to the loss of lives in his state, on Saturday, 8th October 2022.

According to Lalong, the attackers must be fished out and not allowed to go unpunished.

It was gathered that besides the recent attack, other isolated killings had been reported in villages such as Follo, Karara, and Mangor, including the kidnap of some students at All Nation’s Academy who were eventually rescued by security forces.

A combined security team that involved vigilante and hunter groups had earlier ensured the rescue of 10 persons kidnapped by bandits in Bashar, Wase Local Government, a development that attracted commendation from the Governor.

Lalong said the prompt action of the police, Operation Safe Haven, and community watch groups who gave the hoodlums a hot chase and ensured that all the kidnapped persons and other stolen items were recovered deserved praise.

“This level of criminality must be addressed holistically by the security agencies in collaboration with the traditional and community leaders leveraging on the structures of community policing and vigilante groups,” Lalong noted.

The Governor also cautioned criminals that his administration would not condone the return to the days of darkness in the state under any guise.