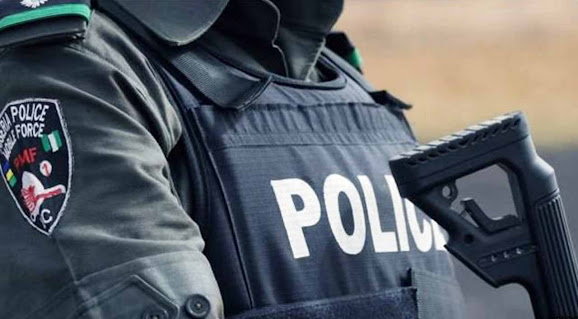 Officials of the command also arrested a man named Dauda Yakubu, said to be the one the skulls were brought for.

Dauda Yakubu is said to be a commercial motorcycle operator.

The two men with the human skulls who were picked up from Garware, a village in Fofure LGA, were identified as Raji Silver and Nodji Kodji.

The police said that the two men who hail from Cholli, a community in Cameroon Republic, were arrested on Tuesday, October 11, at Garware.

The commercial motorcycle operator was said to have been arrested while he was conveying the suspects around the village.

The suspects confessed that they dug the skulls and the bones from a grave in Cameroon in order to sell it to Dauda Yakubu who once bought a human skull from them.

They said that Dauda refused to buy the skulls this time, and that it was while they were searching for another buyer that they were arrested.

The state Police application Relations Officer, Suleiman Nguroje, has said police operatives got at the suspects while on routine patrol.

Nguroje said the suspects had confessed to digging the skulls and the bones from a grave in Cameroon and bringing it into Nigeria for sale.