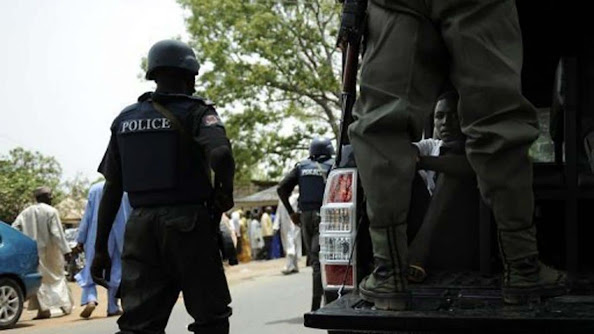 A suspected bandit has been apprehended on the outskirts of Kaduna by operatives of the Kaduna State Police Command.

Saga Gist reports that the operatives intercepted a vehicle loaded with arms and ammunition heading to Katsina State.

DSP Muhammed Jalige, the spokesman of the State Command, in a statement on Sunday night, explained that in its continuous and consistent commitment to curb violent crimes within Kaduna State, the Police Command had “on the 2nd October, 2022, at about 1330hrs while acting on an actionable intelligence around Sabon Gaya along Kaduna Abuja road intercepted a Sharon vehicle with Reg. No. MNA 819 NT, driven by one Lawal Abdul ‘M’ of Minna, Niger State heading to Katsina State through Kaduna.”

The statement added, “Upon a thorough search of the said vehicle, the following were recovered; (1) 1 no. Assault rifle (2) Eighteen (18) rifle magazines (3) Two Hundred and Forty-One (241) rounds of live ammunition. The suspect and all exhibits have been taken into custody, while the Commissioner of Police CP YA Ayoku has directed an intensive investigation with the view to arresting and prosecuting the suppliers and the users of these incriminating items. The suspect had already made a useful statement that further strengthens the investigation process.”

In a related development, the operatives of the Command, acting on intelligence report, “on Wednesday, 5th October, 2022, intercepted a gunrunner, one Musa Ibrahim ‘M’ of Yan Siminti village of Niger State, who was en-route Katsina State from Plateau with Two Hundred and Eighty (280) rounds of 7.62 X 39mm calibre of live ammunition.”

The statement stated that the suspect is equally helping the course of the investigation towards actualizing the arrest of his criminal accomplices in order for them to face the full wrath of the law.

The statement said building on these string of breakthroughs, “operatives of the Command had on Saturday 8th October, 2022, apprehended a serial arms and ammunition supplier, one Sanusi Ummaru ‘m’ 29years of Nasa Village of Kachia LGA with a large number of 7.62mm calibre of live ammunition around Galadimawa village in Giwa LGA.”

It explained that “the operatives intercepted the suspect at about 1145hrs on his way to deliver the dangerous items to his cohorts and upon interrogation, the suspect confessed to having been on the nefarious business for a very long time.”