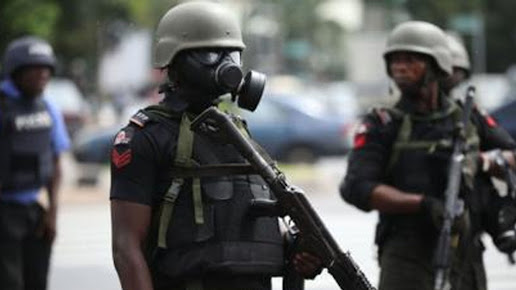 Operatives of the tactical team of Rivers State Police Command have been deployed to the Diobu axis of Port Harcourt City Local Government Area following activities of rampaging cultists.

Suspected cultists numbering about 50, armed with different types of dangerous weapons were reported to have ransacked Eagle Island, Timber, Echue through the stretch of Illabouchi attacking and robbing passersby and shop owners.

The rampaging cultists are members of a cult group whose member was reportedly hacked to death last Sunday night by a faction of the same cult group in Mile two Diobu Port Harcourt.

An eyewitness said he “ran into” the rampaging cultists while they were searching for their rivals.

The eyewitness said innocent people scampered for safety as the cult members robbed people of their belongings.

While the spokesman of the state command, Grace Iringe-Koko is yet to issue a statement on the incident, about 5 police patrol vans have been sighted in the area.