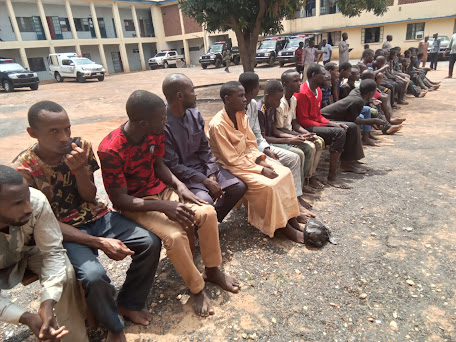 The Adamawa State Police Command has paraded 45 suspects arrested within the past week from across the state.

Among the suspects shown to newsmen at the police headquarters in Yola on Tuesday, was an 11-year-old boy and a number of teenagers, as well as older suspects, the oldest being 37, of all the males.

They were said to have been involved in acts of kidnapping, robbery, petty theft, rape, among other crimes.

Displayed along with the suspects were exhibits recovered, including six guns of varying sizes and models, 10 knives and cutlasses, bows and arrows, rounds of ammunition, as well as six hand phones and N900,000 cash. 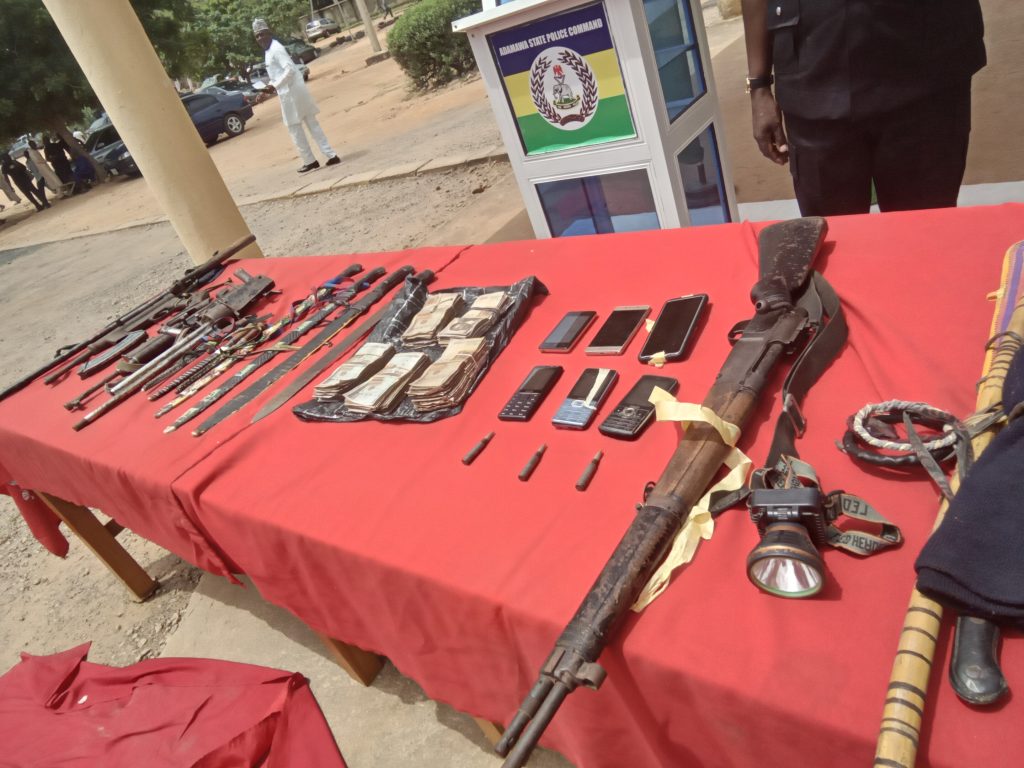 The state Deputy Commissioner of Police, DCP Ajani Omolabi who addressed newsmen during the parade of the suspects, said they were picked from their various hideouts by police operatives involved in pre-election crime bursting exercises.

“The arrests were achieved in active preparation for the 2023 general elections in which the crime-fighting strategies designed by the Command to clear the way for smooth electoral processes and ensure public safety during the election was implemented,” the deputy police chief said.

He added that his men and officers carried out intelligence-driven patrols to criminal hideouts, resulting in the disconnecting of the gangs of kidnappers, robbers, rapists, and others.