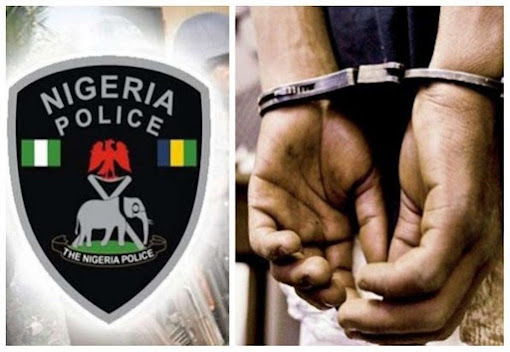 A police officer in Kebi State stabbed his colleague to death following a heated argument.

ASP Shu’aibu Sani-Malunfashi was said to have been stabbed in his left rib with a pair of scissors by an Assistant Superintendent of Police (ASP), Abdullahi Garba, his colleague.

DSP Nafi’u Abubakar, the Kebbi State Police Public Relations Officer, in a statement, explained that the two officers had an altercation that degenerated to a fight in front of Garba’s shop.

According to the PPRO, an investigation into the circumstances surrounding the incident has begun as ordered by Ahmed Magaji-Kontagora, the Kebbi State Commissioner of Police.

The statement explained that the CP had condemned the unfortunate incident, describing it as contrary to the training, acts and regulations of the police force, as well as other relevant laws of the Federal Republic of Nigeria.

The statement added, “The incident happened on October 1, 2022. In the course of the brawl, ASP Abdullahi Garba stabbed ASP Shu’aibu Sani-Malunfashi on his left ribs with scissors.”

On receipt of the report, the statement explained that the Divisional Police Officer (DPO), Argungu, swiftly rushed to the scene, arrested the erring officer, and recovered the exhibit (weapon).

It added that he (DPO) rushed Sani-Malunfashi to Sir Yahaya Memorial Hospital, Birnin Kebbi, where a medical doctor confirmed him dead.

The statement stated that Garba was immediately arrested and detained at the State Criminal Investigation Department (CID), Birnin Kebbi, saying that the case has also been referred to the homicide section for a discreet investigation to unravel the circumstances surrounding the ugly incident.